Over the past few months we've been working on a very special project that sets out to record and document the fascinating experiences of British wildlife sound recordists, from the scientist to the hobbyist, and everyone in between. Interviews with Wildlife Sound Recordists explores all aspects of wildlife sound recording, from childhood memories and early encounters with nature to changes in recording technology, recording expeditions and the role natural sounds have played in the lives of our interviewees.

Inspired by the British Library's Oral History department and following on from the wonderful Interviews with ethnomusicologists collection, launched last year by colleagues in World and Traditional Music, this initial foray into the world of oral history has cemented a new-found appreciation in the wildlife section for the importance of collecting personal accounts. Already evolving into an important and unique resource for both present and future generations of researchers, this collection will provide great insight into areas such as the history of sound recording, natural history broadcasting, the scientific field of bioacoustics and how lifelong relationships with nature can be formed through the medium of sound.

Despite having only 7 interviews under our belt so far, connections are already beginning to emerge, whether that be in the form of similar experiences, shared friendships and colleagues or a likeminded approach to the subject.  In equal measure, the interviews also demonstrate the various ways in which our interviewees have found themselves involved with wildlife sound recording. 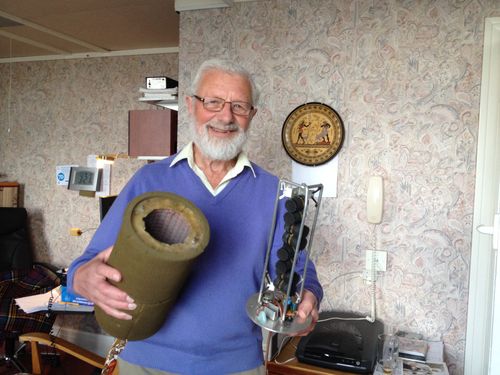 Two of the interviews shed light on the academic life of a wildlife sound recordist, with primatologist Dr David Chivers and anthropolgist Professor Simon Bearder lending their stories to the collection. The field of bioacoustics, or the study of acoustic communication in animals, has been an important strain of zoological research for decades. From the early experiments of Professor William Thorpe, who demonstrated through the analysis of sound recordings that birdsong is learnt rather than inherent, to the discovery of new species and even improving our understanding of the evolution of human language, this area of science has significantly increased our understanding of the natural world.

Recording the experiences of scientists working in this field is one of the key aims of this project. In the following extract, Professor Simon Bearder describes his early involvement in the study of Bushbaby vocalisations at the University of Johannesburg.

One of the most important interviews in the collection is with the co-founder of the British Library's wildlife collection, Patrick Sellar. A lifelong fascination with sound coupled with a deep love of nature and a good level of dogged determination saw him become a key figure in the wildlife sound recording community, both in the UK and beyond. Here Patrick speaks about the formation of the British Library's collection of wildlife sound recordings with BBC radio producer Jeffery Boswall.

Patrick also speaks about what he has learnt from a lifetime of wildlife sound recording.

Two of the interviews cover the experiences of former BBC sound recordists. Here Nigel Tucker recalls a BBC expedition to the USA to record the voice of the north American songbird Phainopepla with fellow recordist David Tombs.

Nigel Tucker_recording expedition to the USA

Field recordist Mark Peter Wright, our interviewer for the project, describes how an oral history training course at the British Library sparked an idea that has proven to be an incredibly effective tool in encouraging recordists to recount specific recording experiences:

Following a classic oral history method of having the participant talk around a physical photograph, I decided to try something similar through sound. I asked each recordist to prepare sound files from their archive that were in some way memorable to them. During the interview we would playback these recordings and talk through the audible and non-audible contexts behind the record.

For me, this process was one of the most insightful and fascinating experiences of the project. Playing back sounds from a personal archive whilst the recordist recalls memories from the experience felt, to me, like a very active use of archival material. It brought past and present into one space as recordists literally spoke with and through their recordings and memories.

In the following clip, former BBC sound engineer David Tombs plays a recording of Red-throated Divers in Shetland while discussing his memory of the experience.

The 7 interviews presented today represent just the beginning of what we hope will be an ongoing oral history project. Over time, Interviews with Wildlife Sound Recordists will develop into a comprehensive collection offering unique and diverse accounts of a genre of sound recording that has contributed so much to scientific research, education and a greater appreciation of the natural world.

Could you possibly get permission to add the BBC programme where Chris Watson talks with David Attenborough about his (Attenborough's) early wildlife recording work? (And/or do new interviews with both of them!)

Hi Lisa, good idea! Chris Watson is already on our list for upcoming interviews but I'll try to have a word with the BBC to see what we can do regarding the Attenborough programme as well.