It's all in the Howl

A few years ago, sound recordings of wolf howls were provided to Holly Root-Gutteridge, a PhD student at Nottingham Trent University who investigated whether wolves could be identified by their voices alone. For the opening of the British Library's exhibition, Terror and Wonder: The Gothic Imagination, we invited Holly to write a piece about her research into these hair-raising sounds.

“Listen to them – children of the night. What music they make.”

Words written to send a shiver down the spine, inspiring primeval terror in those that hear the wolves howling in the dark forest.  Bram Stoker wrote those words more than a hundred years ago for Count Dracula and there are few more famous or haunting sounds than the howl of a wolf. It is familiar from a thousand scary films and it is enough to conjure up nightmares. It is fear itself. 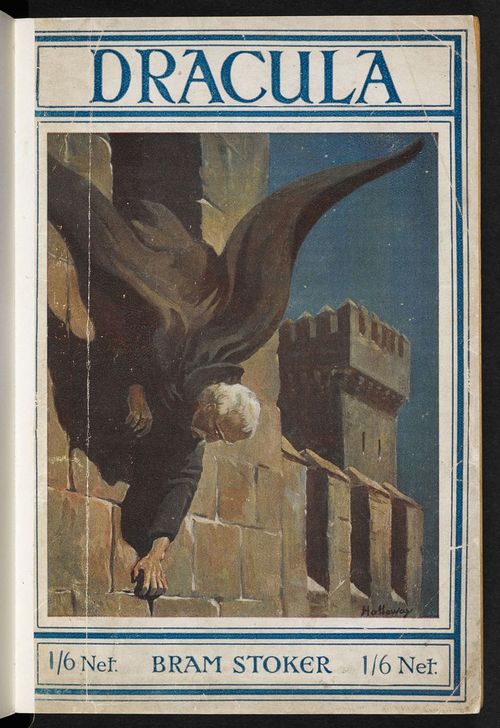 Cover artwork for the thirteenth edition of Bram Stoker's Dracula (1919)

To the wolves themselves though, it has a very different meaning. To them, it is a jubilation, a song, even a choir raising their voices in joy at their togetherness.  Their howls are calls to each other, saying, “I am here, find me, come back to me” to a separated pack-mate, or meant to bind together a pack and raise their awareness of each other before they hunt. Even the pups raise their squeaky voices, faltering and breaking like choirboys on the brink of adulthood, to join their parents’ howl.

To me, there is a spine-tingling beauty in that howl. That was nevermore true than when I first heard them, standing on a mountain in Italy under a shadowy new moon. I listened and asked myself, “What information might be carried in a wolf’s howl?” After that night, I spent four years listening to and analysing howls for my PhD. 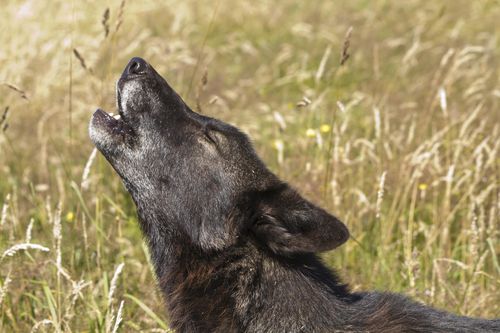 I wanted to see whether wolves, like humans, had voices specific to themselves, so that each individual could be identified by their howl alone. There is huge interest in knowing how many wolves there are in an area, if they are the same wolves from year to year and whether they associate with the same pack-mates. It is important to know this because wolves have a profound effect on their environment. They prey on deer and elk, and so control their numbers; they scare off other smaller predators; and they even accidentally provision other species like ravens by tearing up carcasses so that they can feed too. Governments and farmers invest in protection schemes to keep their livestock safe and the cost of predation can be high. Therefore, knowing population size is essential to being able to assess the wolves’ effect.

For my results to have any statistical significance, I needed a lot of howls from as many individuals as possible. For my thesis, I analysed over 700 solo howls and collected many more. I recorded wolf howls in the wild and in zoos. I tracked down other people’s recordings through sound libraries like that of the British Library and Macaulay Library, through direct contact with other researchers, and even through TV production companies. The British Library was the first one I visited and recordings obtained from the archive were accompanied by field notes. My favourite notes however, came from the Macaulay Library and were penned by William W.H. Gunn, a naturalist and wildlife sound enthusiast active in the 1960s. It described how he was so determined to keep recording a wolf howling that he stood in a leaking canoe until it sank. At the end, he was left holding his microphone above his head to keep it dry and still recording. The lapping of the waves can still be heard on the recording. Another recording was from a TV documentary, which featured Timothy Dalton howling to wild Arctic wolves. When a slim and elegant female replied to him, I had a Bond girl in my collection. 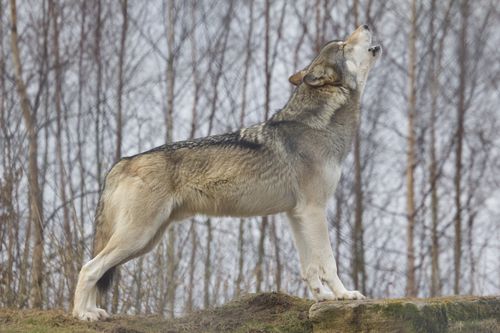 My analysis focused on the qualities of the howl. There are two essential components to sound – the note played, known as the frequency, and how loud it is played, known as the amplitude. In humans, we can easily hear these differences and have no problem distinguishing Timothy Dalton’s ‘Bond, James Bond’ from Sean Connery’s delivery of the same line. The study focused on whether we could do the same with wolf howls, distinguishing individuals from one another. 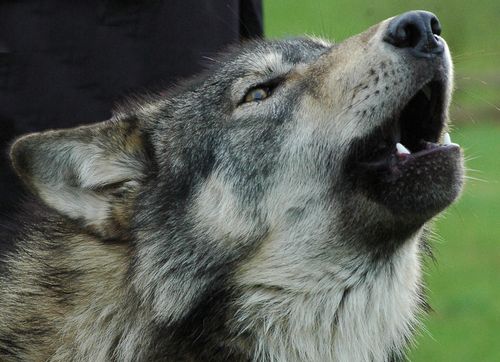 Until recently, most attention has been paid to the frequency, with amplitude considered to be of less use. My study used both qualities and my team developed a computer code that could extract both from recordings. It would turn a spectrogram into a series of numbers I could then group using special classification analysis called Discriminant Function Analysis or DFA for short. This DFA groups data by the biggest differences between each sample, so if you have fifteen red balls and fifteen blue balls, it will use colour as the most important variable for grouping rather than shape and correctly divide the balls by it. However, if you have ten red balls, five red cubes, five blue balls and ten blue cubes, DFA will sort it by shape, so all the balls together, and then by colour, only then splitting red and blue. So you may still end up with two groups of the right shapes, but they will be a mix of colours. This is a very simple example of how it works – I used twenty-seven variables to do the same analysis with howls.

For the classification to work, the largest differences needed to be between individuals, not between individual howls. The characteristics that defined the voice needed to be stable and distinguishable. If a wolf howled slightly differently every time, as if singing a different tune but still had the same voice in essence, the DFA would still be able to separate individuals. My results showed that wolves did indeed have their own voice, distinctive to them. In fact, the analysis worked so well that I could distinguish between the wolves with up to 100% accuracy. Furthermore, like Connery and Dalton, there appeared to be geographic differences in how they sounded, with North American wolf howls quite distinct from European wolves.

So that spine-tingling howl carries more than fear on the air, it carries the identity of the howling wolf to all that know to listen.

Oh, and Hollywood may need to change those famous howls, as too often film soundtracks are haunted by an American Grey Wolf in London.

Many thanks to the UK Wolf Conservation Trust for supplying images used in this post.

Terror and Wonder: The Gothic Imagination opens today and runs until 20th January 2015.

Gothic was also the theme for this year's Off The Map student videogame design competition, details of which can be found here.