Within living memory the food we eat, the way it’s produced and how it’s sold has changed out of all recognition. Up until 1957 only 20% of homes had fridges, food was purchased daily from local high-street shops and tastes were conservative – for most, eating-out meant fish and chips, eating-in was meat and veg, and garlic or olive oil were unheard of. Today we shop at supermarkets stocked with tens of thousands of products, we eat food from around the globe and we are as likely to eat in a restaurant, pick up a takeaway or reheat a ready meal as we are to cook from scratch. These transformations are detailed in a unique collection of oral history recordings collected between 1997 and 2012 by the National Life Stories project, Food: from Source to Salespoint, which is currently being digitised and prepared for online access. 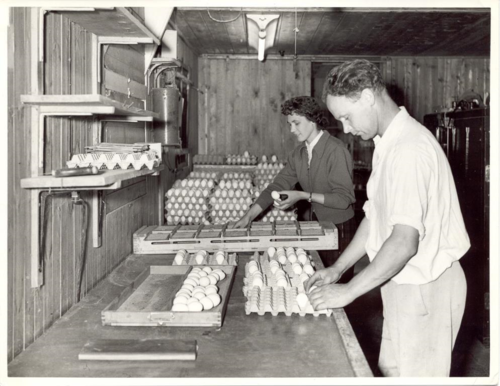 I first came across the National Life Stories (NLS) as the subject of a newspaper article six years ago and I was immediately captivated by the idea of hearing directly from people in the past talk about their work and lives. After that, every time I came to London, I’d visit the British Library, find a seat in a reading room and dip in and out of the NLS recordings. I’ve been hooked ever since. So, when I heard about the NLS Goodison Fellowship, I leapt at the chance to apply. The award, run for the first time this year, aims to increase awareness of the NLS collections. I submitted a joint proposal with Polly Russell for a project called Food Matters that focuses on the archive’s rich body of food recordings.

Food has long played a central role in my life – after working in the wine industry for five years I then returned to University and completed a Master’s in the Anthropology of Food. Polly’s involvement with food started when she worked at Joyce Molyneux’s restaurant The Carved Angel and then later when she worked as an M&S Food Product Developer. In 2000 Polly left M&S to start a PhD with the British Library. Her research considered connections between identity and food production in the UK and as part of this she conducted life story interviews with food producers which were added to the NLS collections. Polly now works part-time as a curator at the British Library, overseeing, amongst other things, the library’s food holdings and research. Polly and I met when I worked as a British Library intern and we quickly established a shared enthusiasm for NLS and the food recordings in particular. 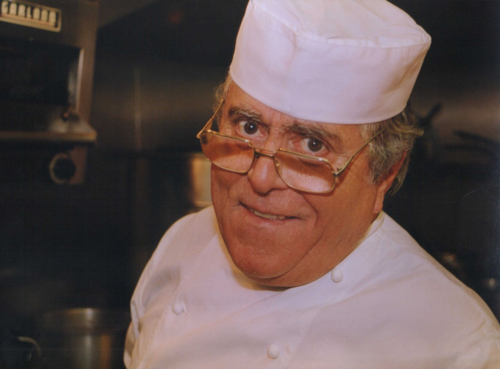 The collection comprises more than 250 recordings with producers from across the food industry including factory workers, food writers, chefs, manufacturers and senior retail managers. These recordings document how changes in farming, manufacturing, distribution and retailing have transformed the nation’s diet within a lifetime.  There are interviews with butchers who describe slaughtering animals on their premises, accounts from farmers of how mechanisation transformed the countryside, stories from manufacturers of how the first ready-meals were produced as well as descriptions from Chinese migrants in the 1960s on setting up Britain’s first Chinese restaurants. And it’s not just the NLS food recordings that are a rich source of food history. Food creeps into other collections too, whether it’s descriptions of banker’s business lunches, book-trade deals done in Soho’s restaurants or scientists’ work on microwaves for weapons, that ended up being harnessed to reheat food.

David Gregory (b.1953) descirbes his first experience of walking into a supermarket

Frances Soar (b.1950) describes trying spaghetti and curry for the first time

Having frequently used the NLS recordings in our own research and writing about food we  know what a terrific resource it is.  Over the course of the next six months we will be contributing material to BBC Radio 4’s The Food Programme and are planning to pitch for a Radio 4 Archive Hour slot. We are also going to draft an outline for a book that will use the NLS recordings to explore the history of food over the last 70 years. Being awarded the NLS Goodison Fellowship is a great opportunity – it will allow us to delve deep into the archive to discover new stories and characters so we can introduce different audiences to the value and interest of the NLS collection. 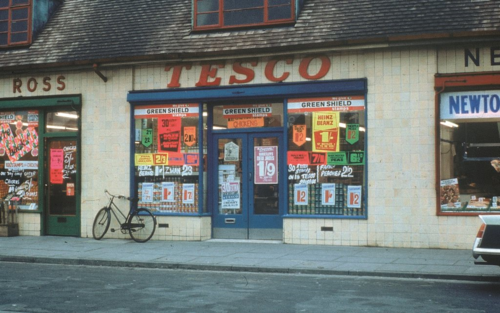 Oral history, Save our Sounds