Dial a dialect for your mam this Mother’s Day: crowdsourcing English dialect, slang and vernacular lingo at the British Library

'Me mam '– it means ‘your mum’ or summat like that. These are the words of a twelve-year-old girl from Hull recorded at the British Library’s ‘Evolving English’ exhibition in 2010. ‘Evolving English: One Language, Many Voices’ was a major exhibition that explored the evolution of the English Language over 1,500 years through the Library’s extensive collection of manuscripts, printed books, newspapers, sound recordings, digital media and ephemera. The exhibition celebrated historic and contemporary diversity by presenting examples of English usage across time and space. Specially designed telephone booths were installed in the Library’s Paccar gallery in St Pancras and at six partner libraries across England, in which visitors were encouraged to contribute a voice recording to create a snapshot of spoken English at the start of the 21st century. They could either submit a word or phrase they felt was somehow ‘special’ in their variety of English (the ‘WordBank’) or recite a reading passage designed to capture their accent (the ‘VoiceBank’). 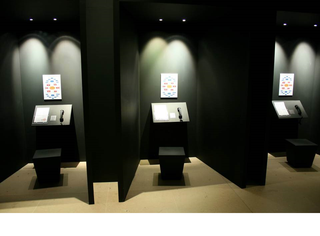 The public and media response to the exhibition confirmed enormous enthusiasm for debate about many aspects of the English Language, but above all demonstrated our fascination with, and affection for, features of English with which we connect on a personal level – the dialects, accents, slang and nonce-words that express our sense of individual and shared identities. The exhibition attracted over 147,000 visitors, approximately 15,000 of whom submitted recordings that resulted in a substantial audio archive. As with previous surveys of vernacular speech, the Evolving English WordBank is testament to this multidimensional diversity and, moreover, proof of enormous popular interest in the English language. This Sunday speakers all over the world - like our speaker from Hull, for exzmple - will be sending messages to their aged P, bibi, M, ma, mam, mamma, mammy, marge, marmie, mater, mom, mommy, mother, mum, muma, mummy, mummy-ji, muv or old dear and their preference for one form or another will reveal subtle clues about social status, gender, ethnicity, geographic background and/or age.

Contributions to the WordBank were made by speakers aged between six and ninety from a variety of social and geographic backgrounds all over the world, making it a uniquely inclusive and wide-ranging archive of spoken words and phrases. The Library has uploaded an initial set of contributions to the Sounds website and a selection of British English submissions are published this week in ‘Evolving English WordBank: a Glossary of Present-Day English Dialect and Slang’ (Bradwells Books, 2015). Selecting entries for inclusion has been both enjoyable and enlightening and I have regularly smirked, winced and raised a quizzical eye in reacquainting myself with familiar favourites, encountering amusing banter, discovering terms I was previously unaware of and marvelling at originality and inventiveness. The WordBank is a rich resource for academic linguists that offers a variety of research enquiries, from dialectology to lexicography, but is above all a treasure trove for enthusiasts of the English language. 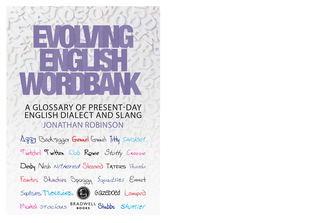 Although not a comprehensive record of the entire WordBank data set, the selections online and in the book provide a snapshot of vernacular English at the start of the 21st century, chosen to give a sense of variation according to a range of geographical and social factors. The book focuses exclusively on British English so it is gratifying to report, for instance, that historic local forms such as jiffle [= ‘to fidget, wriggle about’] and puggle [= ‘to prod, poke about in e.g. hole to clear obstruction’] – both contributed by young speakers from the south of England, where the apparent demise of local dialect is most frequently asserted – prove our regional dialects remain robust. Conversely, forms like bubbe [= ‘grandmother’] and thanda [= ‘cold’] reveal the influence of successive waves of migration to the UK by speakers of heritage languages from all four corners of the world, thereby enriching our language and ensuring its continued diversity. Inspired neologisms like ding [= ‘to microwave’] and squirgle [= ‘sausage’] bear witness to our linguistic playfulness and sheer love of the sounds of words, while fashionable terms such as mint [= ‘great, excellent’] and buff ting [= ‘attractive person’] reflect our desire to identify linguistically with our peers. Above all the detailed observations provided by so many speakers clearly demonstrate the importance we attach to certain words and the affection we feel for phrases and expressions that convey a sense of self, location, friendship or family bonds. A bit like Mother’s Day, really.

The WordBank is one of a number of unique audio collections held at the British Library. Through the Library's Save Our Sounds programme, you can help us preserve the nation's sound heritage.

Posted by Jonnie Robinson at 2:41 PM