Finding ways to take Crafts Lives out of the archive

Last year Crafts Lives was fortunate enough to receive funding to digitise and put online many of the life story interviews that have been recorded since the project started in 1999. There are now over 80 in-depth interviews with British craftspeople, along with searchable summaries, available to users worldwide on British Library Sounds.

Our next step was to think of ways that we can make them more available to listeners now that they are online. We’ve been following the growing use of QR codes and other smart phone technology in oral history in site-specific audio trails such as the Montgomery Canal trail and in recording memories to form a social history of objects as in the research project Tales of Things.

Crafts Lives has a wonderful collection of detailed descriptions by makers of making specific pieces and we have long wanted to experiment with marrying these with the objects themselves.  This would allow people to look at a craft object and listen to the maker describe in detail how it was made.

Our opportunity came at this year’s Collect, the International Art Fair for Contemporary Objects put on every year in London by the Crafts Council. Among the makers exhibiting were several of whom we had existing recordings, and they and their galleries kindly agreed to have signs with QR codes and NFC chips next to the maker’s work so that people could access audio clips via their smart phones. We chose short extracts from the interviews, figuring that people wouldn’t want to listen to anything too lengthy in the middle of a busy art fair.

We had an extract from ceramicist Walter Keeler about combining the sculptural and the functional in his work beside some of his fantastical teapots. 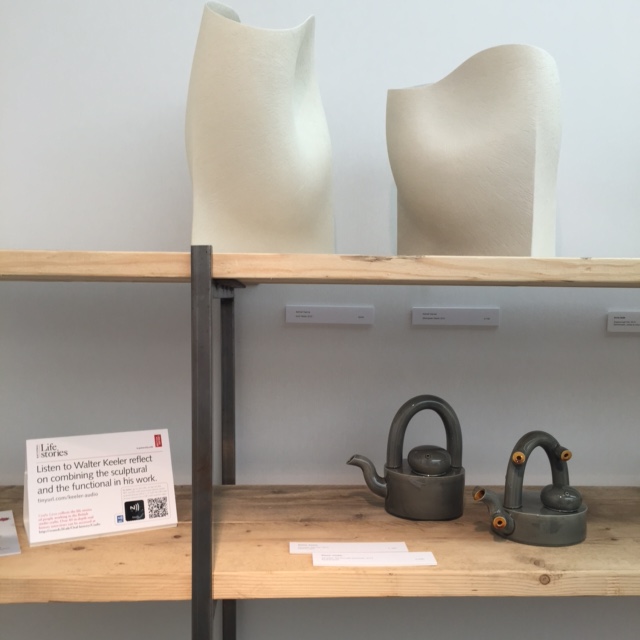 Beside sail forms from Peter Layton’s Burano glass series, we had part of his description of the glass blowing and trailing process involved in making them 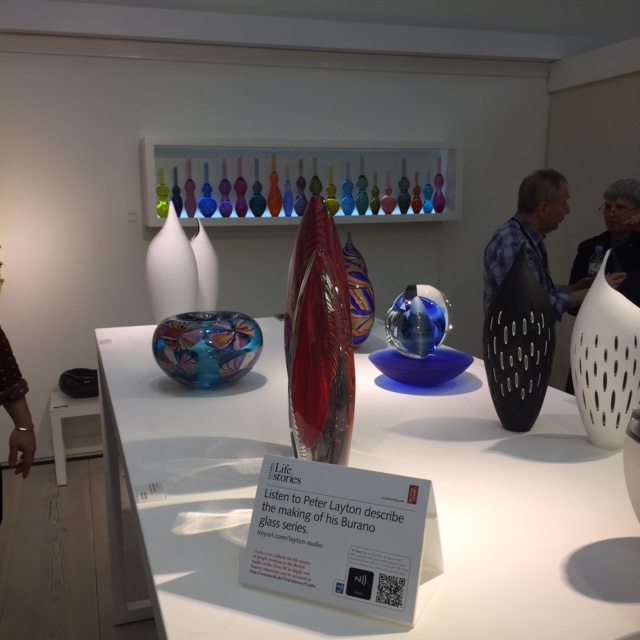 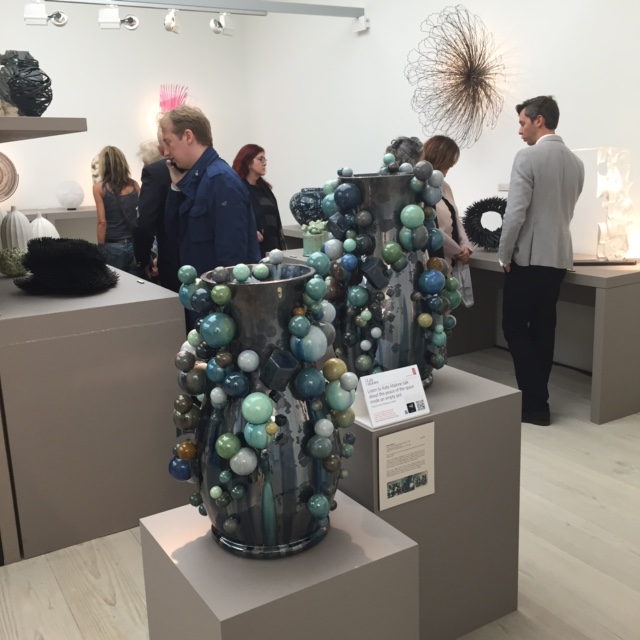 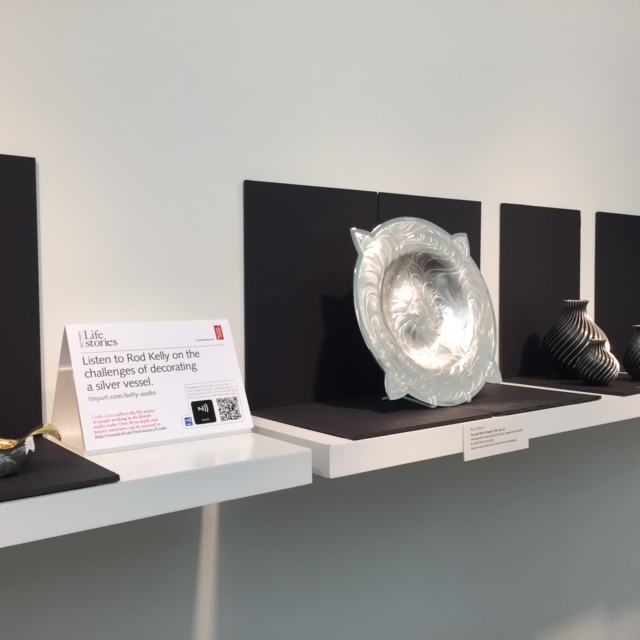 We haven’t had feedback yet as to how many people used the QR and NFC codes to access the recordings. When we tried them out ourselves, while looking round the exhibition, we took note of several things that we might improve. For instance, accessing the recording via QR and NFC codes means that the audio clip plays through the phone’s speaker and therefore may be obtrusive. However we hope this is the start of exploring how we can use the recordings outside the archive, in exhibitions and installations, to add an extra dimension to the experience of art and craft.

The Craft lives sound fantastic, but how do you listen to them online? Are they available? The web site is not very user friendly.