Sound tracks: acoustic landscapes in the past and present

For the next two years, the British Library will be joining forces with archaeologists and sound artists from the University of York to investigate how sound has shaped the human experience in and around the Creswell Gorge area over the past 50,000 years. Creswell Crags, a series of small caves situated along a limestone gorge on the Derbyshire / Nottinghamshire border, is without doubt one of the most important early Prehistoric sites in Britain, demonstrating evidence of Neanderthal occupation, the oldest examples of Ice Age cave art and a more contemporary history of mining and quarrying activities. Using archaeology, palaeoecology, archival sound recordings, text and oral histories, Sound tracks will explore the sonic environment of the Creswell Crags landscape over time and create a series of auditory resources which will be of value to both the academic community and the wider public. 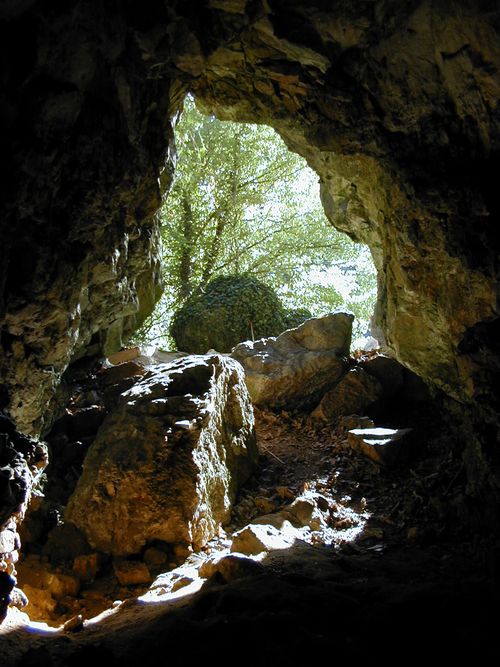 Sound in archaeological interpretation is increasingly being recognised as an important resource but, for the most part, this is still restricted to the acoustics of individual structures. When the remit is broadened to take in the entire landscape however, things become much more exciting. By looking at both the structures themselves and the surrounding landscape, the ability to form a more comprehensive understanding of the relationship between people and place over time is greatly enhanced.

So what will we be doing over the course of this project? Here’s a quick breakdown of what we will be creating:

1. Sound collages for the Creswell Crags Museum and Visitor Centre. These pieces will help listeners connect with conditions that would have been encountered and created by hunting and gathering communities who occupied the Creswell Gorge area during the late Pleistocene.

2. Sound installations within the caves of Creswell Crags. These installations will use field recordings created during the project to explore different aspects of human occupation within the Gorge. Emphasis will be placed on the acoustic histories of caves, their role as shelter for different animals and their varied uses by people.

Sound recordings held at the British Library will be heavily drawn upon when composing the sound collages representing the Late Pleistocene environment. Our content has already been used in this way for the pilot study Sonic horizons of the Mesolithic, which presented the rich acoustic ecologies of the North Yorkshire Star Carr archaeological site and the contribution of human activities to the soundscape of this area. Oral history testimonies held by the Creswell Heritage Trust will also be used to get a better sense of the industrial history of the Creswell Gorge landscape. 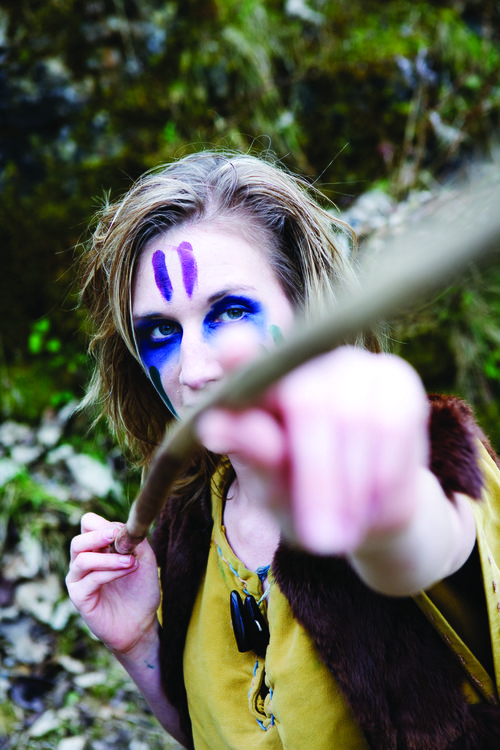 (Courtesy of the Creswell Heritage Trust)

In addition to archival material, new recordings will be generated during the early months of the project. These will include experimental recordings exploring the acoustic properties of the Creswell caves and their relation to the outside world. The re-enactment of ancient activities such as flint-knapping, bone working and butchery techniques will be recorded, as well as readings of antiquarian texts that in some way relate to the area.

"This project is a fantastic opportunity to explore the vast potential of sound for articulating complex themes in the long-term history of a very special landscape. We are all massively excited by the prospect of getting stuck into the practical, intellectual and creative challenges that this project presents - and producing some innovative and stimulating material which uses sound as both a subject material and a medium for critical discourse."

Professor Mark Edmonds from the University of York, adds:

"We're delighted to have the chance to put sound at the centre of research on this remarkable landscape. Exploring the acoustic ecology of the area provides us with a new way of thinking about the conditions our ancestors inhabited and the longer term biography of the Gorge itself. It also raises some fascinating practical, intellectual and creative challenges that we can't wait to get our teeth into. Keep your ears open!"

Sound tracks offers an exciting opportunity to place sound at the heart of analysing and interpreting the history of the Creswell Gorge area. It will facilitate a greater understanding of what life was like for our ancestors who, over the last 50,000 years, have left their imprint on this part of the world.

Sound tracks: acoustic landscapes in the past and present is a two-year project funded by the Leverhulme Trust

What fun project! Looking forward to it