Sounds of Steaming ‘Doon the Watter’

Steve Evanson is a Co-Creator of Coast, the hit BBC TV show that celebrates our love affair with the UK shore.  Coast has run for 10 years, becoming a global brand with Coast Australia and other spin off series.  As we pass the midway point of the Sounds of our Shores project, Steve shares a day trip down the Clyde in classic Victorian style, and reveals his favourite coastal sounds.

I was a student in Glasgow in the 1980’s, but only recently did I realise a long cherished ambition - a voyage down the Clyde on the world’s last sea going paddle steamer, the PS Waverley.

The tradition of a trip ‘Doon the Watter’ began in 19th century when Clyde-built steamships first started to ferry Glaswegians on excursions out to the Western Isles. Stopping off at the charming resort towns like Largs and Dunoon, the Clyde then widens out to open sea as the Isle of Bute comes into view.

The majestic scenery speaks for itself, but what makes this a truly magical experience for me is the rhythmic sound of the steam driven powerplant.

Built by Rankin & Blackmore Engineers, at their Eagle Foundry on the Clyde, the prime mover of the Waverley is a 2100 horsepower, triple expansion steam engine, gloriously open to full public view.  Crowds gather to savour the sound and smell of this wheezing beast as it effortlessly drives the massive 18-foot diameter feathering paddle wheels.

Muscular pistons propel the ship at a surprisingly brisk top speed of around 20 mph, but that still leaves plenty of time to indulge in a ‘wee swally’ in the bars below deck. Booze has always played a part in these cruises along the Clyde. In 1853 the Forbes MacKenzie Act outlawed the opening of Scottish pubs on a Sunday. However, pleasure craft were exempt, so thirsty workers flooded onto the cruisers on their day off, and the floating bars have been busy ever since.  Heavy drinking on the steamships is said to be the origin of the phrase 'Steaming Drunk', shortened in Glasgow simply to ‘Steamin’. 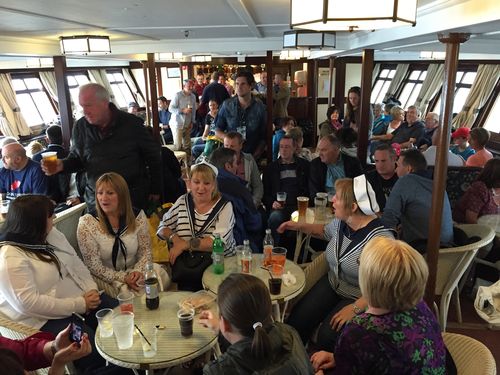 After a couple of hours in the bar, Victorian drinkers disembarking on the Isle of Bute were relieved to find, right on the quayside, probably the most magnificent toilets on our coast. The majestic Public Conveniences on Rothesay seafront have been restored to their full porcelain glory. The Gents are a sight to behold - women and children are welcome to explore too for the price of ticket.  The thundering roar of ‘The Deluge’ chain flush loo now echoes around empty ornate urinals. But once the mighty whoosh of The Deluge drowned out the sighs from generations of grateful Glaswegian shipyard workers standing in stalls.

The sounds of the working coast aren’t the beautiful calls of nature you’ll find on windswept cliff-tops or secluded beaches, but that’s why I take those noises of humanity to my heart.  They speak to me of our relationship to the sea, how we’ve made it our home and it’s nurtured us in return. 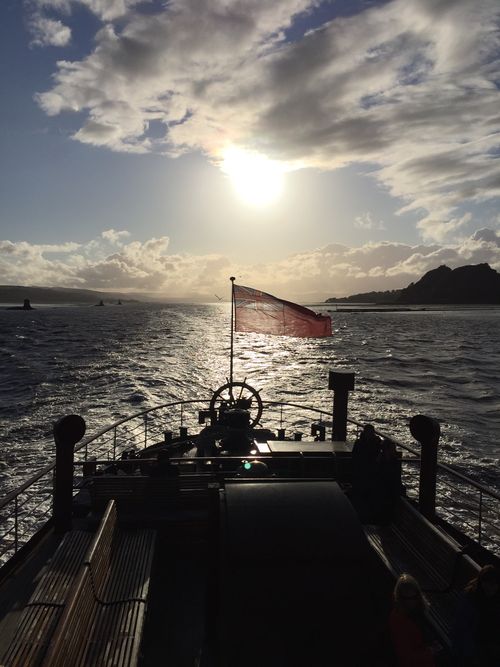 Now we’ve been given the chance to vote for our favourite sound of the coast, so please listen to the wonderful Top Ten contenders put together here.

Much as I love the melancholy call of the seals or the clattering chatter of the Kittiwakes, my vote goes to ferries on the Mersey…

The bells and horn sounding in the fog are both a warning and a comfort, a reassurance and a call to adventure.

Please vote for your own favourite from the Top Ten before 27 August 2015 … make your vote count!

Sounds of our Shores, Soundscapes, Technology