The 15th  World Athletics Championships are being held in Beijing’s iconic ‘Bird’s Nest’ Olympic stadium from 22-30th August.  Britain currently lies in eight place on the overall medal table from the 14 previous events, and interviews with some of the athletes who won these medals and competed at in earlier editions feature in the British Library’s oral history collections recounting their life stories and reflecting on their time in athletics. 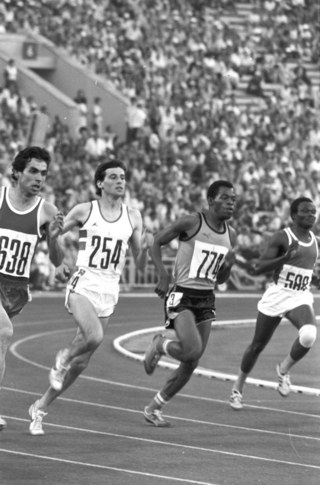 400m runner Roger Black, winner of an individual silver medal (1991) and three 4x400m relay medals two gold (1991 and 1997)  and a silver (1987) reflects on how athletes view success in the World Championships compared to other major events, particularly the Olympics

Liz McColgan was another gold medal winner in Tokyo in 1991, just nine months after giving birth to her daughter, Eilish.  In her interview she discussed her return to competition after pregnancy, her memories of the World Championship win and the struggle she had to produce a urine sample after the race.

Liz McColgan discusses her return to competition after pregnancy

For McColgan, however, it was not this gold medal that gave her the most satisfaction during this period of her career.  Instead it was running a world best time for the half-marathon the following year, in the face of adversity including several sleepless nights with a sick child

Liz McColgan describes the best moment of her career

Both Black and McColgan were fortunate to be injury-free and in peak form in a World Championship year. Others such as Lord Coe, now president of the IAAF, were less fortunate.  Coe missed the inaugural World Championships in 1983 with toxoplasmosis, was injured for the second in 1987 and had retired by the time of the third in 1991.  Interviewed in 1999 he remembered missing the 1983 event and the press speculation that surrounded his absence from the track.

All these performances were based on many thousands of hours of training and failure as well as success.  Daley Thompson, winner of the decathlon gold medal in the first World Championships in 1983 and a double Olympic gold medallist, reflected on how he learned from his failures and always sought improvements in training.

Daley Thompson reflects on how he learnt from his failures

For Thompson the track was where he felt at home, and like many other athletes he found dealing with the media and the public away from it could be challenging.  High jump bronze medallist in Toronto in 1993, Steve Smith, reflects on the positive and negative consequences of being in the public eye.

This level of scrutiny and the life of a professional athlete described by Smith seem a long way from the experiences recounted by many of the older interviewees in this collection such as John Disley, Ann Brightwell (Packer) and Dorothy Hyman whose Olympic medals were won in the 1950s and 1960s before British athletes who competed on the international stage could make a living from their sport.