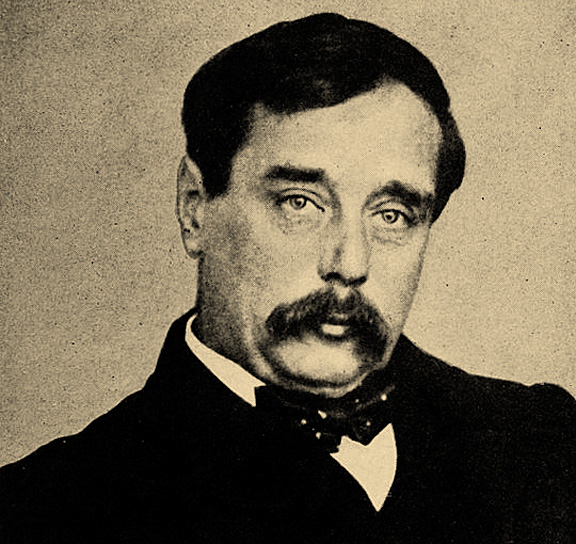 Born this day in 1866, H. G. Wells was a remarkably prolific writer across a range of formats and genres. His preserved recorded output is somewhat less voluminous, running to something over an hour of BBC broadcast talks, or fragments thereof, but is nonetheless a relatively substantial audio archive for a writer and broadcaster active in the pre-WWII era.

The BBC first approached Wells in the mid-1920s but it was not until 1929 that he made his broadcast debut, with a speech entitled 'World Peace'.

This talk, which has not survived as an audio recording, was the first of an occasional series of broadcasts that visited and revisited various societal themes, provoking both praise and complaints from the listening audience.

In the extract below, from a 1934 talk in the series Whither Britain?, Wells reveals his pride in his English heritage.

Listen to the voice of H G Wells

Although the BBC recording from which this excerpt is taken runs for a further seven minutes, it does not contain the full original broadcast. Between 1930 and 1945 the BBC's usual practice was to preserve extracts from selected broadcasts on 78 rpm discs, the standard recording format of the time.

These discs had a running time of approximately three to four minutes per side, and thus determine what survives today: excerpts of programmes that, for the most part, were never archived in their entirety.

The complete text of Wells's Whither Britain? talk was however published in The Listener of 10 January 1934, which, along with the longer recording, may also be consulted at the British Library.