Voices of Science wins a second prize: the British Society for the History of Science's Ayrton Prize 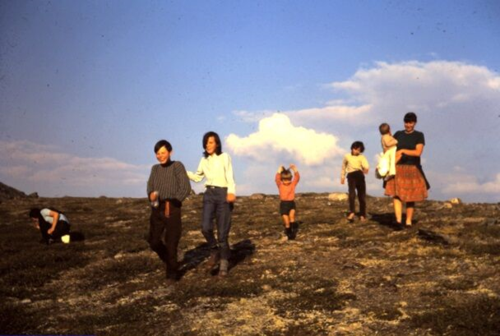 It was revealed last Friday that Voices of Science- the website of An Oral History of British Science, led by National Life Stories at the British Library - has won a further prize: the British Society for the History of Science's [BSHS] Ayrton Prize  "for outstanding web projects and digital engagement in the history of science, technology and medicine."  In the view of the BSHS's Outreach and Education Chair, Voices of Science:

"breaks new ground in charting the lives of practising scientists and opens a gateway to a new generation of research and engagement. The site itself is well-crafted and slick, and makes the most of the resources available. Amongst a really excellent shortlist which included other innovative and engaging projects, Voices of Science is a worthy winner.”

We are especially pleased that what seems to have been appreciated is a new way of understanding scientists' lives.  If new ground has been broken, it has been broken by a particular methodology: life story oral history.  The long interviews with scientists that are drawn on by Voices of Science stand-out from other shorter interviews with scientists in being led by open questions, conducted in non-technical language, interested in the day-to-day details of scientific work but also the time and space beyond work - family life, children, friendships, hobbies, worries, hopes, holidays, television, the rooms of homes, childhood  scrapbooks and more.  How else would we have captured the mix of family life and environmental science in geographers Dick and Jean Grove’s ‘picnic fieldwork’ (Dick is behind the camera in the photo above)?  Or the mix of obsession and amused self-awareness bound up in an eminent oceanographer's memory of weekends visiting sites of stone circles?:

Or the sexist gaze in a workplace canteen, recalled by Dame Stephanie Shirley?:

Like other National Life Stories projects -  Artists Lives, Authors Lives, Lives in the Oil Industry and many others - An Oral History of British Science conducts life story interviews completely free of any need to celebrate the objects and subjects of its research.  There is an important difference between being enthusiastic for something, and being fascinated by it.  Being enthusiastic for places you in a position of advocacy; being fascinated by implies an independent position alongside.  Voices of Science was made a team of oral historians positioned alongside science, viewing it as a particular, fascinating (but not necessarily special) set of concerns and practices.

Yesterday my eldest grandson asked me what working in science was actually like.

The answer is in these recordings.