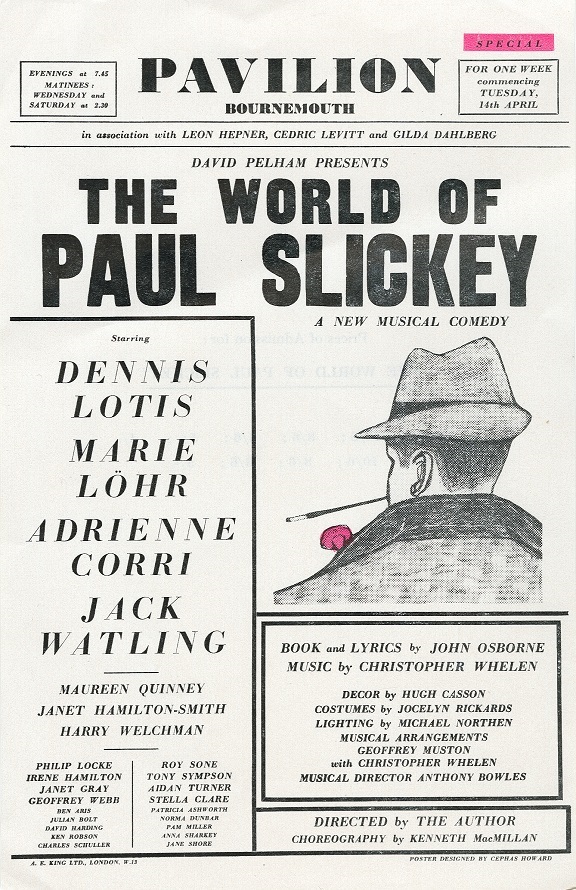 One of the Library’s audio engineers recently transferred a rare 1959 recording of a musical rehearsal of John Osborne’s play The World of Paul Slickey.

The play, subtitled A Comedy of Manners, was a satire on Fleet Street gossip columnists. The production was directed by Osborne himself, with music by Christopher Whelen, choreography by Kenneth MacMillan and set design by Hugh Casson.

Paul Slickey premiered at the Pavilion Theatre, Bournemouth, 14 April 1959, and moved to the Palace Theatre in London on 5 May. Both critics and public detested it. The reviews were a mixture of indignation and anger.

The first night audience at The World of Paul Slickey, by John Osborne, at the Palace, seemed to be about equally divided between those who loathed it politely and those who hated it audibly....the most raucous note of displeasure heard in the West End since the war.

Thirty years later, Osborne wrote in his memoirs, ‘I must be the only playwright this century to have been pursued up a London street by an angry mob’.

He also said that the only thing he regretted about the whole affair was rejecting Sean Connery for the role of Slickey:

I made a monumental misjudgement by dismissing Sean Connery, who turned up one morning looking like my prejudiced idea of a Rank contract actor. It was a lamentable touch of Royal Court snobbery. 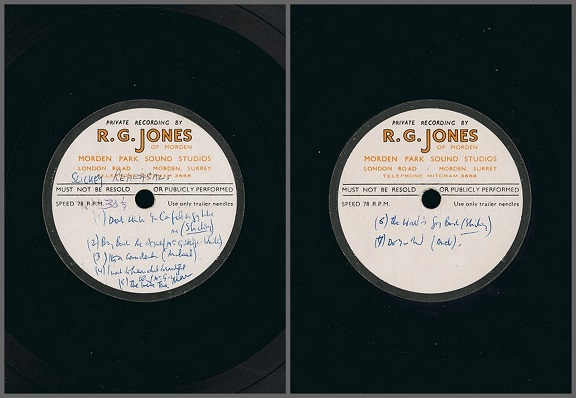 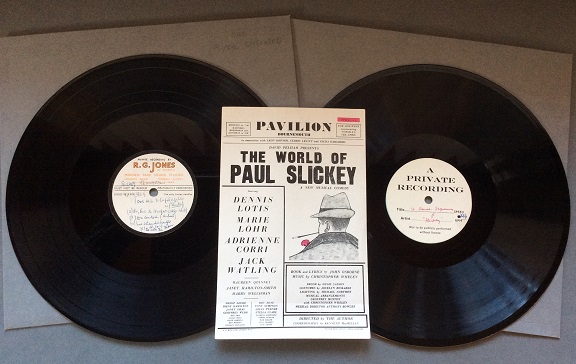 If you wish to know more about the play and its reception, the British Library is your one-stop source, where you can access the recordings, and also consult the play’s manuscript, the autobiography of John Osborne and the press reviews of the play.

This production did not go from playing in Bournemouth before going into the West End, as it managed to play for a week at the Grand Theatre, Leeds, ( it's in Yorkshire ) which is where I saw it.