Shakespeare and the Nightingale

The works of Shakespeare contain many references to the sounds of the natural world, whether that be the ominous notes of a Raven in Henry VI or the "tu-whit, to-who" of a Tawny Owl in Love's Labour's Lost.

One bird that appears in several of Shakespeare's plays and poems is the Nightingale (Luscinia megarhynchos). A source of inspiration for writers and poets across the ages, this small, plain-looking bird is best known for its exquisite voice that can often be heard just as other birds are starting to fall silent for the night. The Nightingale was once a common summer visitor to the British countryside, so it's likely that its beautiful song would have been a familiar sound to Shakespeare and his contemporaries.

In A Midsummer Night's Dream, the fairy queen Titania commands her subjects to sing her to sleep before commencing their nocturnal duties. The fairies call on the Philomel, a colloquial name for the Nightingale, to use his sweet tunes to send their queen to sleep:

Once asleep, the fairy king Oberon squeezes the juice of a magical flower onto Titania's closed eyelids that will make her fall in love with the first living thing she sees upon waking, which just so happens to be the donkey-headed Bottom. 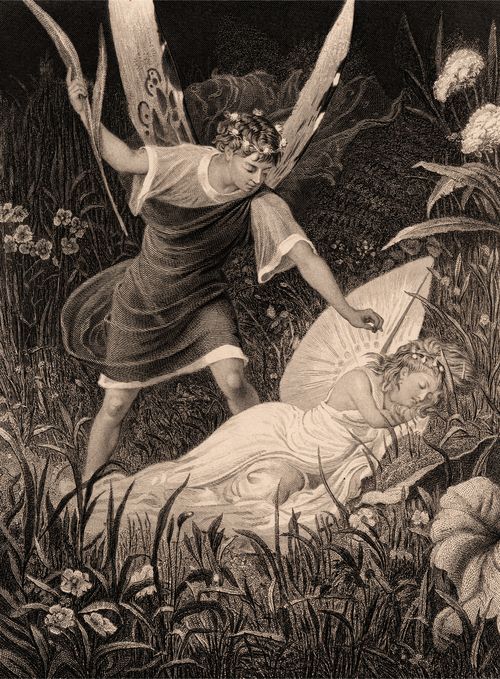 In the Taming of the Shrew, the fortune-seeking Petruchio is determined to win over the strong-willed Kate by countering her insults with compliments:

I’ll attend her here
And woo her with some spirit when she comes.
Say that she rail; why then I’ll tell her plain
She sings as sweetly as a nightingale. 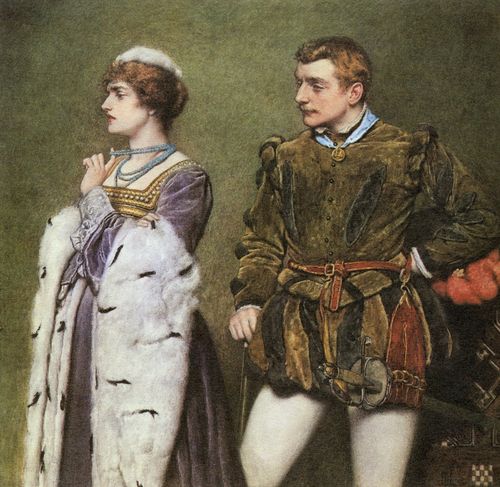 Taming of the Shrew, Katherine and Petruchio, graphic, J.D.L. Courtesy of the Folger Shakespeare Library.

The Nightingale makes another appearance in Shakespeare's romantic tragedy Romeo and Juliet. The morning after their secret marriage, Juliet tries to persuade Romeo not to leave by saying that the birdsong they heard came from a Nightingale and not a lark announcing the break of day: 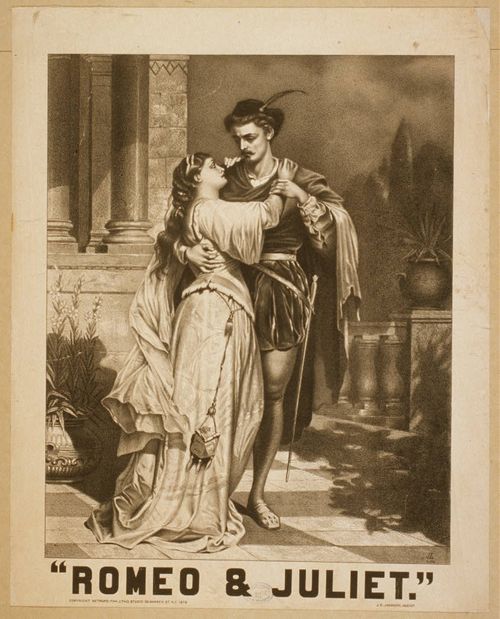 Just as the writers of the past endeavored to celebrate the magnificent song of this little bird through the written word, so the sound recordists of today try to do the same with sound.  Here is just one of our many recordings of a singing Nightingale, recorded in an English forest in the early hours of an April morning in 2008 by Phil Riddett. A sweet lullaby indeed.