If you walk these days through the British Library Piazza, you will spot a striking yellow tube standing near the front entrance. It brings to mind yellow submarines and periscopes. Step closer and you will learn it is in fact a ‘Poetry Periscope’, inviting you to press one of its buttons – do so and you will be rewarded with the recording of one of 30 European poems in either its original language or in English. Developed as a sound installation by Czech organization Piana na ulici and Czech Centre London, in collaboration with the British Library and The Poetry Society, The Poetry Periscope is a part of the European Literature Festival 2016 taking place at the British Library and other UK venues.

'The Poetry Periscope is not only about poetry. It is also (about giving) an example of how an individual can contribute to a public space to please people', says project creator Ondřej Kobza. 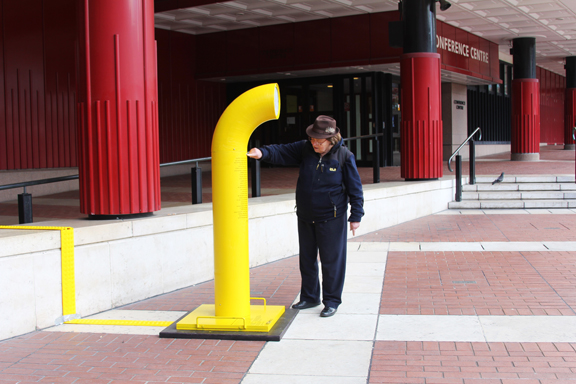 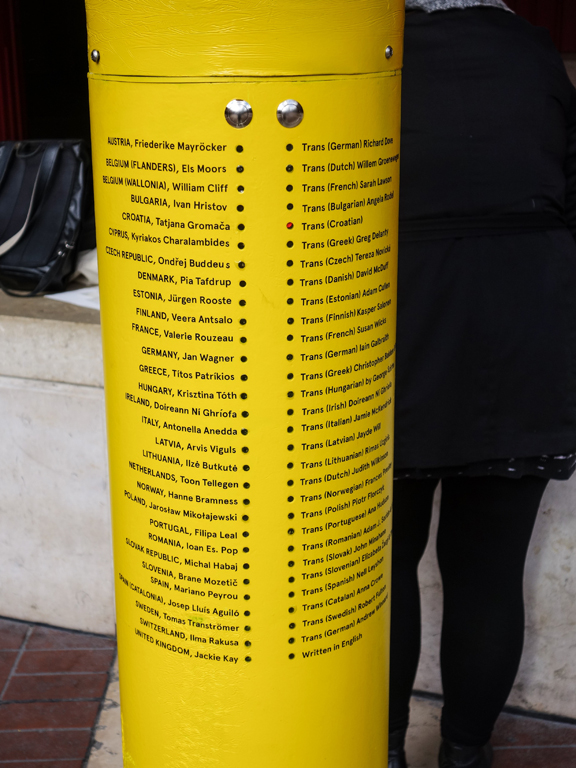 The British Library Piazza will host the Poetry Periscope for four weeks (27 April – 19 May), and you can join us on Tuesday 3 May (18.30–19.30) for the official launch. It’s a free event with poet and broadcaster Ian McMillan and live readings of poems from across Europe, read by UK poets Richard Scott, Gabriel Akamo and Charlotte Higgins with special guest readings by Michal Habaj (Slovakia).

I have an intelligent and faithful wife

after ten years of a nice relationship

I got married. That was five years ago.

I have no children, mortgage, empathy,

nor other debts. I have an education, a fine sense

for the arts, and natural self-confidence.

I ain’t bothered. I am very happy.

to my wife, to God and the state. Thank you.

I am thirty-six. I am very happy.

(Translated from Czech by Tereza Novická; poem is due to be published in 2016.)

The Poetry Periscope (known also as the Poetry Jukebox) has been developed in the Czech Republic by “Piána na ulici” (Pianos on the Street), a Prague-based organisation focusing on public space interventions. The first Periscope was installed in March 2015 in Prague and since then Poetry Periscopes have been installed all over the world – from Kiev to New York – and now it has arrived in the UK. Don’t miss your chance to encounter the richness and diversity of European poetry before the Periscope sets off on tour to a number of festivals and venues around the country, including Brighton, Birmingham, Ledbury and Durham. Written by Katerina Siegelova, Czech Centre London & European Literature Festival