Marconi and the Lizard

During the summer of 2015, the British Library, the National Trust and the National Trust for Scotland invited members of the public to record and share their favourite coastal sounds. Sounds of our Shores focused on the entire coastline of the United Kingdom, from the Isles of Scilly to Orkney, and received more than 650 submissions over 3 months covering natural history, entertainment, transport and industry.

As part of the project, the National Trust commissioned musician and producer Joe Acheson to create a composition inspired by the history and nature of Cornwall's Lizard Peninsula and Guglielmo Marconi's Wireless Telegraph Station. Here Joe writes about the experience.

Lizard Point is the most southerly point of the UK mainland. In 1900 radio pioneer Guglielmo Marconi built a hut there to experiment with sending radio signals over long distances. Marconi’s hut received the first ever ship-to-shore SOS signal.

Last summer I spent a week on the Lizard as part of the National Trust’s first ever sound artist residency. My new EP, Marconi and the Lizard, was the product of that summer residency. 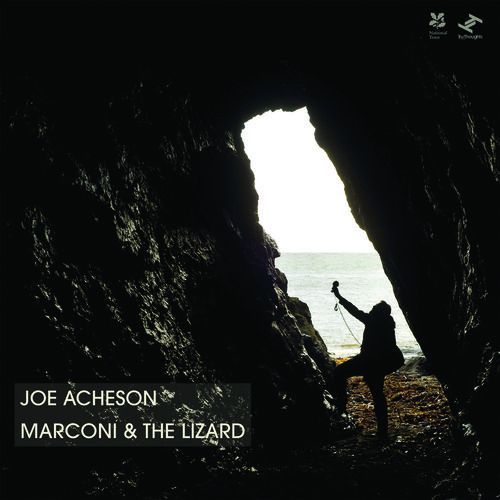 I spent a sunny day on The Lizard in June 2015, and luckily recorded a nice dawn chorus in the best season. The week when I returned in August saw almost constant heavy rain, high winds, and regular storms, with foghorns and big waves; all great sounds but they make recording outdoors difficult. Whenever there was a break in the weather I set off on a bike with a bag of microphones to find sheltered coves and fields, ducking behind stone walls and boulders to record crickets in the long grass away from the strong wind, and clambering around slippery cliffs and rocky shorelines trying to get clean recordings of birds, streams and waterfalls.

The EP features the natural sounds of the Cornish coastline - wind, sea, grass, insects, birds, rain and waves. They’re combined with man-made sounds, like the sculpting of the rare local Serpentine stone on a lathe, launching the RNLI lifeboat, weaving lobster pots, lighthouse and ship foghorns, stacking empty 'bongos' (large plastic containers for storing fish on a boat) and fishermen chatting over radio out in the bay. 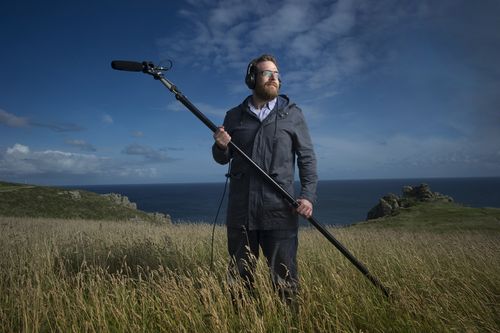 The rest of the sounds come from inside Marconi's hut or over the airwaves - vintage spark transmitters and morse code receivers, lots of radio noises picked up through aerials on his historic sites at Lizard Point and Poldhu, and a few archive recordings from local sound and radio enthusiasts such as a radio transmission from an amateur satellite in orbit, reporting back its temperature and battery status in a robotic voice.

I have taken all these recordings and sifted through them, like searching through old records looking for a sample, waiting to hear a pitched sound I can use for harmonies and basslines, and rhythmic fragments that can be extrapolated into pulsing layers of textures and beats.

Some of the sounds on the album have recently disappeared from the Lizard, like the old lighthouse foghorn that has been replaced by a long electronic beep that bounces around the cliff-faces. I was the last to record the now-decommissioned spark transmitter in the Marconi museum.

The sounds have been minimally treated so that they mostly remain identifiable as a raven, a cricket, a spark or a gust of wind. Some sounds only reveal their musical qualities when slowed down - like the meadow stream which at half speed unveils melodic patterns of tiny pitched droplets. Despite the fact that there are no sounds created by synthesisers or computers, the music sounds quite electronic - probably because I didn't set out to make abstract soundscapes; I like finding patterns and rhythms and combining them to create music with pulse and energy.

On the Lizard I discovered that most of the natural sounds have complementary tempos and pitches, which fit together naturally at their original speed. It’s similar to how birds have evolved their unique calls to remain distinctive in the cacophony of a dawn chorus, with each species taking up their own tiny bandwidth of the frequency spectrum and using complex rhythms to further stand out in the soundscape.

Like the food philosophy 'what grows together goes together', nature has evolved its own sound mix.

Marconi and the Lizard (TruThoughts) can be downloaded in full at http://hiddenorchestra.bandcamp.com/album/marconi-the-lizard.