‘It’s in the detail of a handrail… it’s in how the building is put together.’

Last weekend, thousands of people visited London buildings as part of Open House 2016. In this blog, oral history project interviewer Niamh Dillon shares the stories of two architects who designed some of these iconic buildings.

‘It’s in the detail of a handrail… it’s in how the building is put together.’

This was Denys Lasdun’s response in the late 1960s to criticism that his recently designed National Theatre on London’s south bank lacked detail and decoration. 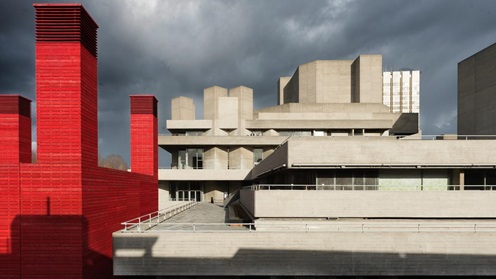 Lasdun on the National Theatre

The National Theatre and south bank are part of Open House 2016.  The continued popularity of this event indicates the growing public interest in the often private spaces of public buildings.  Open House allows members of the public the opportunity to experience buildings first hand, and it is wonderful to hear from those living and working in these spaces.  We visited Stoneleigh Terrace, now part of the Whittington Estate, designed by Peter Tabori, then a young architect working in the architects department at Camden Council.  The owner delighted in the light and space, and the attention to detail which made living there such a pleasure.  Working alongside Peter Tabori at Camden Council was Neave Brown, and we are fortunate to have a recording with him as part of Architects’ Lives. This ongoing project features key architects working in Britain over the last century and many of the buildings featured in Open House this year are discussed in Architects Lives.   In his recording, Sir Jeremy Dixon describes working on Kings Place in the Kings Cross area of London when it was in transition from an underused part of the city to one featuring new and refurbished educational, office and residential buildings.  Jeremy Dixon explains how he wanted the façade of Kings Place to work with the surrounding area. 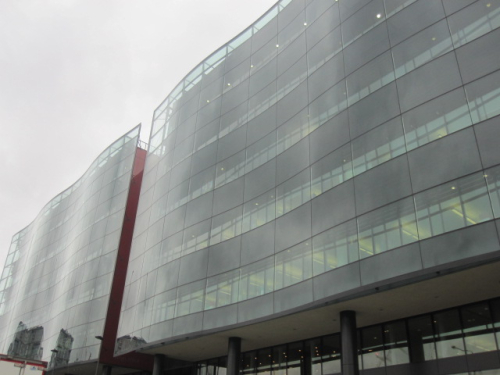 Unlike Denys Lasdun, Dixon Jones enjoyed acclaim rather then criticism for Kings Place, but these recordings explain the context and evolution of each building. Hear more at http://sounds.bl.uk/Oral-history/Architects-Lives