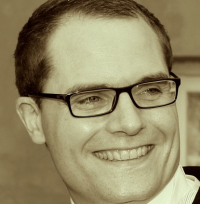 Charlie is the Head of Legal and Commercial Affairs for the Association of Independent Music (AIM) in the UK and the Worldwide Independent Network of music companies globally. He was formerly Music Manager for Napster UK and Head of Music for Capital Radio’s DAB stations.

The future of radio from the independent music sector's perspective

Today there’s so much choice for listeners and music fans, both from multiple ways to access music, and from other pulls on our entertainment and leisure time outside of music. Radio listening has declined over the last few years, but overall use of music has grown hugely. So radio has a challenge ahead if it’s to stay relevant.

From the independent sector’s perspective, indie record labels love radio. We are very supportive of all broadcasters, with a particular relationship having developed with the BBC. However there are always concerns over access to playlisting and actually getting music on air. This is becoming more transparent, and AIM has helped develop relationships with the indie sector and the BBC and other broadcasters over several years. But it’s still a crowded place with only so many hours in the day for radio to be able to fill with music. Concerns about the proportion of independent music that makes it onto radio is a permanent agenda point in AIM’s work with its members.

So what does the changing music landscape mean for the future of radio? As the amount of music released increases, the challenge radio faces to ensure the ‘best’ music gets airplay will only get harder. Some radio stations are broadening out their services and launching narrower, more focussed, stations, for example Absolute Radio’s ‘decade’ stations on DAB. But by doing so the audience for each station may decrease, perhaps moving away from flagship stations. Is there a paradox in offering a range of services that risk taking audience away from ‘flagship’ stations?

Indies are concerned that commercial radio is under more pressure than ever to deliver audiences to satisfy ‘mainstream’ corporate advertisers and sponsors. This seems to have narrowed the playlists of many commercial stations (although not all), and has led to access only being available to those with the capacity to support high level plugging and media campaigns for obviously mainstream, ‘commercial’ music.

Access to radio is easier for the larger labels with deeper pockets, who tend to champion more mainstream music. Airplay can be harder to achieve for many indies, and especially those who produce more specialist music. Mainstream music is an expensive and crowded place, with a lot of very large players chasing the next big airplay hit.

Most independent labels are not so focused on the mainstream but more interested in seeing choice and discovery develop, such that traditional radio can happily exist alongside today’s very broad on-demand digital music services. If narrowing of playlists is happening, this means narrowing of choice and discovery for listeners, and this in turn means a less attractive radio offering, and perhaps fewer listeners listening for less time. This can’t be good for radio, audiences or music producers. Add to this the fact that streaming services offer almost the opposite experience (access to millions of tracks whenever you want rather than linear programming) and you have a situation where many indies are thriving on streaming services and have in some cases left ‘traditional’ radio behind.

From a purely commercial perspective, the successes of collective licensing organisations like PPL in the UK and its counterparts overseas in extracting real value from broadcasters’ use of music is very much something to applaud. In fact in most years since 2000, global revenues from performance rights as a whole (including broadcast and public performance together) have seen double-digit growth year on year, according to IFPI figures.

Broadcast usage of music is now a key revenue stream for music companies, and when independent labels do achieve airplay, the financial rewards can be significant. The downside is, as mentioned already, that bigger players are able to deploy significant resources to achieve and sustain airplay of their repertoire, which smaller players are less capable of doing. As a result, the bigger players go on to take the lion’s share of the available licensing revenues.

To ensure future sustainability of audiences, radio will need to work with music companies to manage music selection carefully, in order to prevent stagnation and ‘copy paste’ music programming policies which favour bigger players, and which may risk turning audiences off. Radio needs to remain fresh and exciting, and the independent sector is the home of the freshest and most exciting music around.

Looking ahead to the future, radio will have to deal with a number of challenges. Radio is not set to disappear any time soon, but it will need to change to keep up with a very fast moving digital marketplace. Developing offerings to compete with the breadth of other music and non-music services will be critical. Ensuring music programming is relevant and not too narrowly focused will also be essential, to allow for competitive differentiation as well as a fresh and interesting offerings to serve and maintain audiences, and in turn to enthuse advertisers and sponsors.

Radio needs to recognise that there are commercial drivers on the music industry producing the music they play. This requires radio to be vigilant and attentive to ensure broadcasters are doing all they can to find the best music, rather than favour what is directly offered to them. This is happening, and there’s cause for optimism as the industry develops better relationships with radio, be that through AIM for the indies, or on an individual basis.

The question of ensuring enough independent repertoire makes it onto radio is not set to disappear any time soon. The independent music sector is keen to keep working with the radio industry to develop this, and hope that the future of radio, whatever this looks like, will bring increased opportunities for independent music. This will be the best outcome for listeners, broadcasters and producers of music.