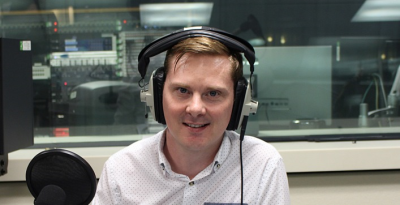 Matt is the Creative Director of the new media and radio consultancy firm Folder Media. Prior to this Matt worked in the Strategy and Development department for the GWR Group and GCap Media (now Global Radio). In 2011, with James Cridland, he created the annual Next Radio conference.

The future of radio from an audience development perspective

The media sector has seen a huge amount of change as the world has become constantly connected with high performance devices in everyone's pockets. This change has meant that some new media has replaced old media, but devices and connectivity have also extended the amount of time that people have to consume all sorts of content, new and old. Some forms of media have been better at coping with this behavioural change than others.

The big transition the most successful media companies have made is in better understanding consumer behaviour and making sure the content they produce is what people want to consume, delivered in a way they want to consume it.

Many legacy media operators confused the historic barriers to entry in their sector with a belief that they were making the perfect product for their consumers. If there's only one TV channel, it'll likely have 90% reach. That doesn't mean that everyone likes it.

Radio's history has been littered with pronouncements that the medium will be replaced – by television, CDs, the iPod, the Internet, mobile devices – the list goes on. In the UK though, radio has stayed remarkably stable with around 90% of the country consuming some radio each week, around a billion hours of radio each week in total. If anything radio's consumption has seen increases over the past few years, not declines.

My personal take on this success is that radio has always been quick to evolve. From cat’s-whisker receivers to transistors under the bed, from in-car sets to radio being available on a Walkman, from being part of digital television to being on a Nokia mobile (next to Snake!), and of course in streamed form on desktop and mobile apps.

Radio has used this technological progression to consistently launch more content to better serve listeners. The few AM frequencies were supplemented by FM and now DAB, taking people's station choice from 5 to 20 to 70. Alongside this there’s been an explosion in specialist jukeboxes online and through mobile apps.

On form, radio has also changed, from only broadcasting live to most stations now providing seven-day catch-up alongside downloadable material in the form of podcasts. As a platform, radio is also an aggressive user of social media with stations running strong Facebook, Twitter and now Instagram and Snapchat accounts. Radio’s liveness means it's been quick to adopt Facebook Live and Periscope. The fact radio is based on sound without pictures has always meant that it can be fleet of foot, something that positions it well as it adopts and occupies any new platforms.

The internet has often been seen as the destroyer of legacy media, though I think this is often inaccurate. The internet has heavily affected newspapers by decimating their key income drivers: classifieds and job ads. Newspapers were the best way to deliver this content until websites did a much better job. US print revenues declined from $44.9 billion in 2003 to just $16.4 billion in 2014 – a devastating structural change to that industry. TV and Radio have fared much better through a more solid control of platforms and distribution. For television, their content has become more highly valued with the explosion of new platforms like Amazon Video and Netflix. For radio, the internet is still a small part of distribution with most listening still happening on broadcast radio receivers.

Perhaps the greatest risk to the future of radio is complacency. Radio stations are so used to being listened to on radio receivers that they are ignoring the fact that they are badly consumed on some other platforms, particularly mobile. This is where radio's co-option of platforms has started to look a little shaky.

Radio stations have essentially taken the approach of transferring their existing linear product: expanding it to cover more formats and shoving it on new things. Mobile, though, seems to be a little more resistant to the Today programme and Chris Moyles' charms.

While linear radio is certainly available on mobile devices, data collected from radio operators around the world has shown linear mobile listening has plateaued. Where audiences are increasing it is for the more interactive services – services like Pandora (the internet radio streaming service currently available in the US, Australia and New Zealand with plans to launch in the UK soon).

The mobile is a complex device that can do lots of things. You have a much wider choice of content types to allow a more specific, tailored experience. The games that you choose, the videos that you choose, are not the same as everyone else. A mobile does not have the limits on content choice that a broadcast device has, so the types of media and types of content are split a number of ways. For radio broadcasters – who tend to be in the mass, non-personalised business – this makes mobile less easily conquerable.

For broadcasters, on-demand and mobile are still a very small part of listeners' consumption, and broadcast has remained reliably resilient. There is still little sign of this particularly changing. It would be quite easy for broadcasters to ignore mobile/on-demand and still be very successful and I'm sure we'll see many operators do just that.

The question for the future is can radio remain aligned with consumers as differentiated format and programming demands continue to increase. Netflix, YouTube and iPlayer are training consumers to pick and choose, self-scheduling content that appeals to them. Radio needs to continue its journey by allowing listeners to pick and mix its product to continue to satisfy these needs.

Products like Capital Xtra's app have already started to do this, allowing listeners to skip tracks from its broadcast streams and replace them with songs and content consumers better like. To achieve this requires shifts in how content is created, stored and distributed. It also means that stations have to re-think the priority that they give to live and the primacy that the linear product has.

For radio, unlike other media, it's not about thinking mobile first – potentially that would be disastrous – as for the foreseeable future that would still represent a small part of its audience. The best approach will be to think about audiences and content first, and then the means of distribution second. What is the piece of content, who is it for, what job does it do, and then how is it distributed and marketed to listeners to encourage consumption? Considering audiences and content first allows any broadcaster to support multiple products for different audiences. This is what’s needed to ensure radio's future multi-platform success.

Contemporary Britain, Radio, Save our Sounds, Sound and vision, Technology