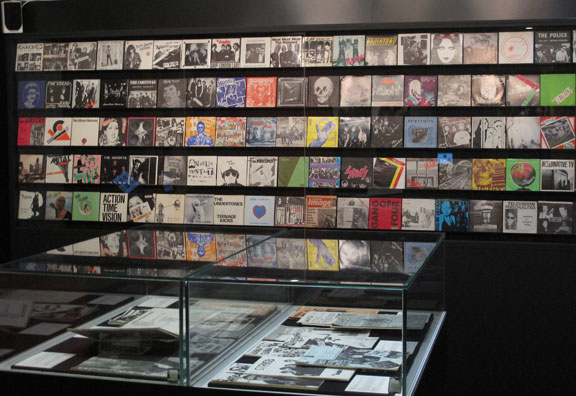 One of the more popular features of the current Punk 1976-78 exhibition is the wall of vinyl singles. This consists of 100 records from the period chosen from the BL’s sound archive. The selection includes the obvious hits as well as obscurities and curiosities and is not intended to be a ‘best of’, rather a selection of musicians and labels that in one way or another were associated with punk.

The rationale for inclusion varies - not many people might instantly recognise the single by Metal Urbain but appreciate its inclusion when they learn it was the first release on the Rough Trade label. In a similar vein, ‘Shadow’ by the Lurkers was the first release on the Beggars Banquet record label which is now the internationally-successful Beggars Group, releasing recordings by acts as diverse as the White Stripes, the Prodigy and Adele. The selection also includes first releases on Cherry Red Records and on the Factory label. 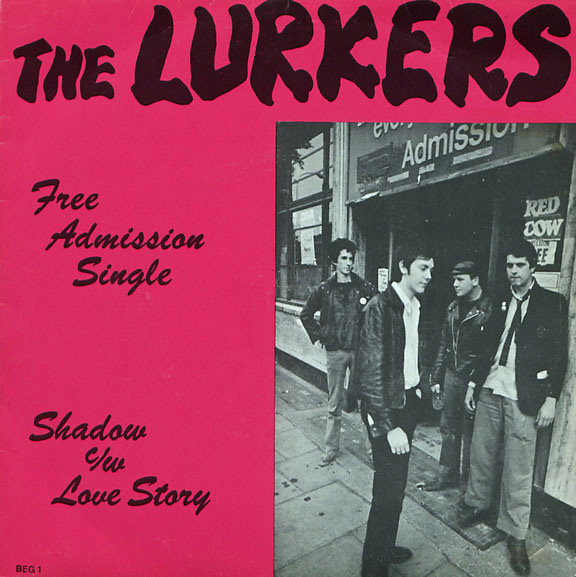 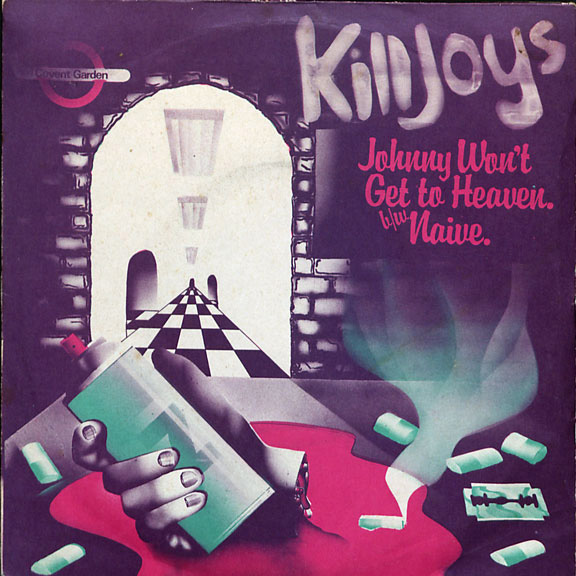 There is an audio loop playing in the area but visitors can use headphone points to choose any of the 100 titles to listen to dubbed from the original vinyl. Visitors to the exhibition can often be seen counting off how many of the singles they have in their own (or recognise from their parents’) collections and arguing as to why certain records are not in the selection. Those that are not on display are available through the British Library’s Listening and Viewing Service together with hundreds of thousands of other recordings. Further details on the Sound page.

The exhibition ‘Punk 1976-78’ is at the British Library until 2 October. www.bl.uk/punk