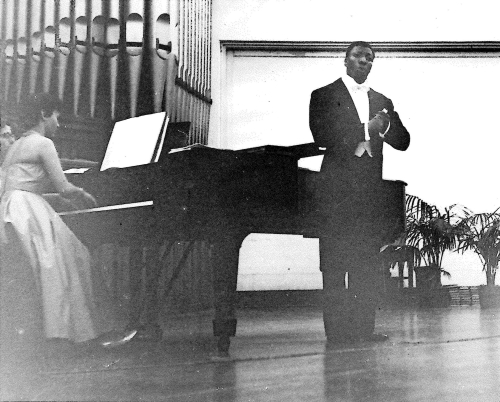 In March 2015 I acquired for the British Library the archive of singer Cullen Maiden from his widow Christine Hall-Maiden.  In 1964 she was working in Italy as secretary to screenwriter Troy Kennedy Martin, co-creator of TV series Z-Cars and scriptwriter of The Italian Job (1969), when she met Cullen who at the time was studying with Luigi Ricci of the Rome Opera House.

Born in 1932, Cullen Maiden was an African-American who grew up in Cleveland, Ohio but at the time of his graduation he was already following many pursuits – singing in various choirs, forming his own R ‘n’ B group The Caspians, and, as well as acting on the stage, he was also trained as a boxer by Tiger Fann.  Maiden studied singing at Ohio Wesleyan University from where he received his Bachelor of Music degree and continued his studies at Juilliard School of Music in New York.  The Rockefeller Foundation Opera Voice Scholarship afforded him the opportunity to study in Munich.

In the early 1950s, while still studying at the Ohio Wesleyan University, Maiden won the vocal section of the Cleveland Music and Dance Festival.  He was invited to appear on local radio where he performed his winning selection Il Lacerato Spirito from Verdi’s Simon Boccanegra.

Like many artistically talented African-Americans, Maiden found he could get far more work in Europe than the United States so, in the late 1960s, he joined the Komische Oper Berlin where he gained a favourable reputation for his portrayal of Porgy in Gershwin’s Porgy and Bess. He also worked in Scandinavia and finally settled in London. 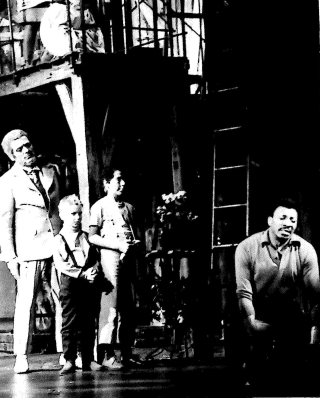 Cullen Maiden as Porgy in Porgy and Bess

During his military service he made goodwill concert tours for the American Embassy and the Army in Korea during 1957 and 1958 and sang opera concerts with the Seoul Symphony Orchestra.

Highlights of his career include a tour with the Katherine Dunnan Dance Company as a singer soloist and a tour of the US with the Harry Belafonte Folk Singers.  Cullen appeared with the Leipzig Gewandhaus Orchestra and Kurt Masur and in many of the opera houses of Germany.

Here is an extract from a 1973 concert performance of I got plenty of nothing from Gershwin's Porgy and Bess with Masur and the Leipzig Gewandhaus Orchestra.

I got plenty of nothing

Cullen Maiden was also a composer, writer and poet.  He provided the score for the 1970 German documentary Strange Fruit.  In New York at the Seven Arts Art Gallery he performed with Allen Ginsberg and Jack Kerouac and in April 1966 appeared on a BBC radio poetry programme with Seamus Heaney.  In 2008 Maiden published Soul on Fire,  a collection of his poems and writings.

Posted by Jonathan Summers at 4:19 PM