Recording of the Week: Temporary Home

One of the singers of great repute was Frances Repetto; and her daughter, Mrs. (Mary) Fred Swain, still remembers several of her mother's songs. She was our chief informant. Mary (age 67) is a delightful person: warm-hearted, gay, overflowing with vitality and a wonderful talker. She sang several songs, which together with others were recorded later by Peter Kennedy. He also recorded much of her conversation, telling about life on the island where they are 'just one big family' - actually about 260 souls.

This quote describing Mary Swain, who we can hear in the recording, was taken from a report published in the English Folk Dance and Song Society's Journal by Maud Karpeles. In the report, she explains her and Kennedy's experience making the recordings and why they felt it was important to document the folk songs and dances of the islanders whilst they were temporarily housed in the United Kingdom. 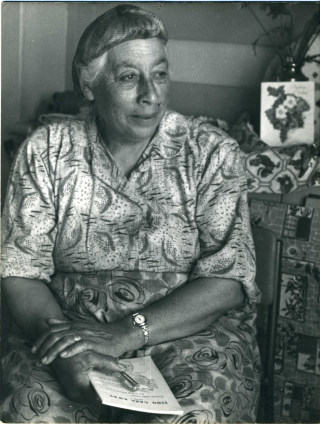