Having grown up 20 miles south of the village, the name ‘Aberfan’ and the tragedy that bestowed this coalmining community in the south Wales valleys fifty years ago this Friday have long been familiar to me. Before 1966, Aberfan was a place unknown to most people, but in October that year the whole world began to speak its name.

On the morning of 21 October 1966, after several days of heavy rain, a colliery spoil tip (waste from the National Coal Board’s nearby Merthyr Vale Colliery) situated 500 feet above the village of Aberfan collapsed with over 40,000 cubic metres of coal debris engulfing the Pantglas Junior School and destroying several terrace houses and a farm. 116 children and 28 adults perished that day in what was to become one of the worst disasters in modern British history. Although an official inquiry blamed the National Coal Board for extreme negligence, no NCB staff were ever demoted, sacked or prosecuted as a consequence of the disaster. 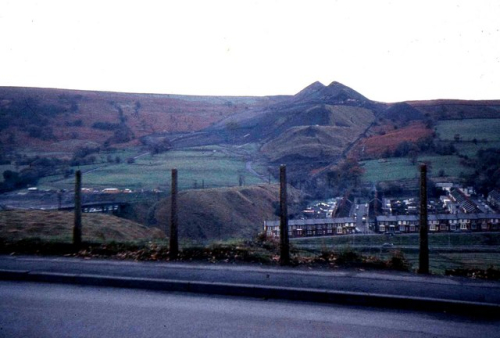 Listen to Civil Engineer, Robert Mair (1950-), discuss the cause of the disaster and the impact that this tragedy had on the discipline of ‘soil mechanics’:

Robert Mair on the causes of Aberfan

In the immediate aftermath of Aberfan, the British public demonstrated their sympathy to the residents of the village by donating and raising money. Within a few months, approximately £1.5 million was raised for what was to become the Aberfan Disaster Fund. While the management of the fund has caused considerable controversy over the years (the residents of Aberfan ended up having to use £150,000 from the fund to assist the British government in the removal of other coal tips above the village, for instance), for the last fifty years it has been used to help support the regeneration of Aberfan, both physically and emotionally. As well as donating money to bereaved families, the fund has paid for the construction of a memorial garden on the former site of the Pantglas Junior School, house repairs, holidays for villagers, the upkeep of the cemetery where many of the victims are buried, a community hall and local school projects. 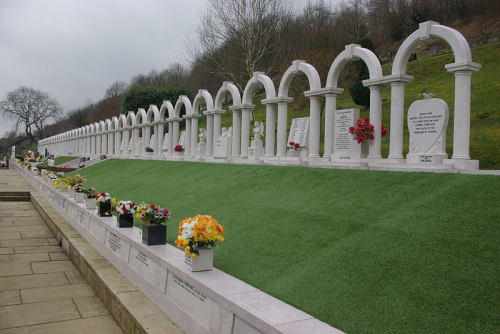 Some of the headstones of the 116 child victims of the disaster, Bryntaf Cemetery, Aberfan. ©Stephen McKay

Listen to the former Electricity Council Industrial Relations Adviser, Roger Farrance (1933-), discuss how he fundraised for the Aberfan appeal:

Roger Farrance on fundraising for the Aberfan appeal

A minute silence is being held across the United Kingdom on Friday 21 October 2016 at 9.15am to remember those killed in the disaster.