Beneath the calm exterior: A glimpse into the world of the Crown Court clerk 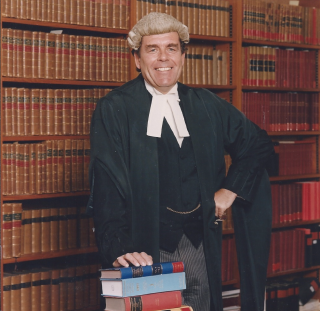 Crown Court clerks are pivotal to administering trials of the most serious criminal offences such as burglary, rape, murder and terrorism. In-depth life history interviews with former Crown Court clerks have revealed how they dealt with listening to harrowing stories day after day. Interviewees spoke about the effort involved in trying to appear expressionless and impartial, as their job demanded, particularly when they may have been feeling incensed by what they were hearing in court, or holding back tears, or trying not to laugh and to keep a straight face. They described taking a verdict in a murder trial, their hearts pounding, palms sweating, absorbing the tension in the courtroom, and feeling nervous about taking the verdict correctly under pressure. Interviewees discussed the emotive moment the foreman of the jury has just announced the defendant has been found, “Guilty”, and then the court clerk waits until the shouts and wails from the public gallery have abated before they carry on, seemingly unphased and unflappable, in their measured and controlled ‘court voice’. They spoke about seeing photographs of murders and injuries that were so disturbing that they made the conscious decision that they would never look at court photos again; the horror of dealing with child abuse cases especially; having nightmares when they first began clerking; and recounting in vivid detail the cases that they said came back to haunt them. In the following clip, clerk of the Central Criminal Court between 1979-84, Michael McKenzie QC reflected on putting the charges to the notorious serial killer, Peter Sutcliffe, known as the Yorkshre Ripper.

Michael McKenzie reflects on putting the charges to the Yorkshire Ripper

The Crown Court clerk interviews were conducted by PhD student Dvora Liberman and will be publicly accessible towards the end of 2017. This collection was created as part of a collaborative research project between National Life Stories and the Legal Biography Project at the London School of Economics.