Recording of the Week: Suffrage for Women

The recording is poor; a cacophony of background noise, the content speech is quiet. In many respects the speaker, Christabel Pankhurst, is unpolished stuttering and stammering through the speech in a manner that we could not envisage in our highly managed and marketed world of western politicians. But this detracts nothing from the demands which are being made for enfranchisement of women to vote, which are clear, convincing and to the point. It is a highly illuminating glimpse into the justifications and strategies as well as the political aspirations of the women’s suffrage movement in the early 20th century. 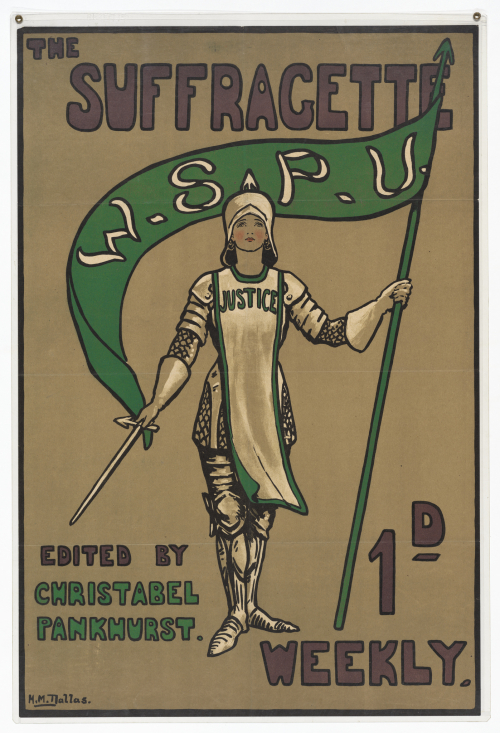 Suffrage poster depicting an issue of the periodical, The Suffragette, with a figure of a woman, "Justice," clad in armour, bearing a banner labeled W.S.P.U. (Schlesinger Library)

Law, Recording of the week