From now until Autumn 2017, selected audio recordings from National Life Stories’ Artists’ Lives project (C466) will be on display at Tate Britain, London, as part of the free exhibition, ARTISTS’ LIVES: SPEAKING OF THE KASMIN GALLERY. 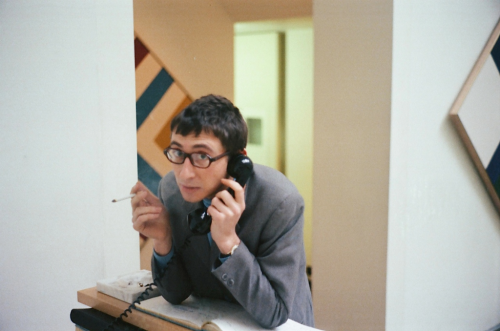 Celebrating the history of the Kasmin Gallery, a Mayfair gallery that played a key role in the art scene of 1960s London, the exhibition brings together artwork originally shown in the gallery (subsequently acquired by Tate), including the works of Jules Olitski (1922-2007) and Robyn Denny (1930-2014), together with related audio extracts from Artists’ Lives (available via touch-screens in the exhibition’s seating area) that allow visitors to explore the history of the Kasmin Gallery and developing art market through the voices of those directly involved, including artists, curators and Kasmin himself.

To mark the launch of the exhibition, a conversation event was held at Tate Britain on Friday 9 December 2016, which saw gallerist Kasmin, Nicholas Serota, Director of Tate, and biographer and cultural historian Fiona MacCarthy reflect on their own personal experiences of life story interviews, as well as the content of the exhibition itself. A one-day conference entitled The Voice of the Artist was also held at the Courtauld Institute of Art on Saturday 10 December 2016, which brought together artists, curators, art historians and oral history experts to explore the importance, relevance and complications of life story interviews in the context of art studies and art education. Novelist William Boyd gave the conference’s keynote lecture, which discussed his 1998 fictitious biography Nat Tate: An American Artist 1928–1960 and the centrality and importance of life stories in his work. 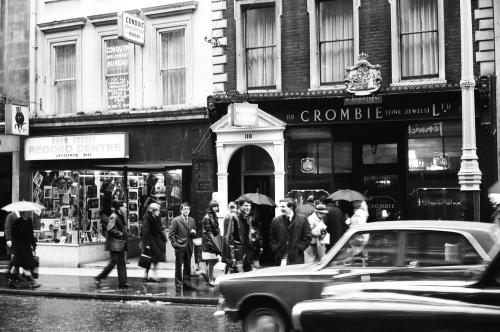 Artists’ Lives is run by National Life Stories at the British Library in association with Tate. The Henry Moore Foundation, The Henry Moore Institute and the Yale Center for British Art have supported the project since its inception in 1990. National Life Stories is grateful to all its sponsors in relation to the exhibition ARTISTS’ LIVES: SPEAKING OF THE KASMIN GALLERY, particularly the Gubenkian Foundation UK and the Rootstein Hopkins Foundation.