Messiaen and the songs of wild birds

This guest blog comes from Delphine Evans whose Master's thesis explored the manuscript notations of birdsong made by the French composer Olivier Messiaen during the 1950s, in relation to the early wildlife recordings that inspired them and to the musical compositions in which they feature.

This year, there has been something of a revival of interest in birdsong and natural soundscapes. In particular, a series of programmes devoted to birdsong  appeared on BBC Radio 3. This included a birdsong mixtape, new interpretations of birdsong-inspired music (perhaps most notably Pierre-Laurent Aimard's day-long performance of Messiaen's Catalogue d'oiseaux at the Aldeburgh festival), and debate on the topic ‘Is birdsong music?’ Also of interest was the weekly birdsong segment on Radio 3’s Sunday Breakfast show, where the remarkable field recordings of different species of birds by Chris Watson were paired with excerpts of music from a variety of composers, from Ravel to Respighi.

The British Library’s sound archive is home to a unique collection of over 200,000 wildlife sound recordings from 1889 to the present day. Of all these, the work of Ludwig Koch (1881-1974) is remarkable in that it represents a pioneering attempt to document the natural sound world using recording technology.

During his lifetime, Koch devoted himself to collecting the sound phenomena he heard in the world around him. In 1889, as a child in his native Germany, he was given an early Edison phonograph which he used to make one of the first known recordings of birdsong: his pet Indian Sharma. When he arrived in England in 1936, Koch began to travel all over the British Isles, capturing birdsong and the sounds of natural environments on wax discs before transferring these to shellac. This was a long and laborious process, often requiring hours or even days of observation of a particular bird before beginning to record its voice. 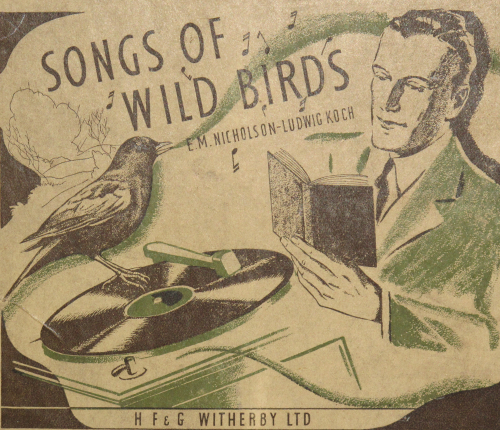 Front cover of Songs of Wild Birds (1936) by E.M. Nicholson and Ludwig Koch

What is remarkable about Koch’s recordings of birdsong is how skilfully he manages to isolate the songster within the recording, yet still captures elements of its surrounding environment - rather like a soloist performing to the backdrop of an orchestral accompaniment. This provides the listener with a clear sense of the habitat in which the featured bird lives: in other words, the recording presents a particular ‘soundscape’. These ‘backdrops’ comprise of many different sounds, from the songs of other neighbouring birds to the fortuitous sound of a passing aircraft.

Koch’s recordings were a source of inspiration to another celebrated musical figure whose interest in birdsong is well known. Throughout his life, the French composer Olivier Messiaen (1908-1992) notated birdsong and other natural sound phenomena. Like his German contemporary, Messiaen had also started to collect the songs of birds as a child – yet, as a musician and (later) composer, his preferred method was to write them down using musical notation. The earliest surviving examples of Messiaen’s autograph notations date from 1951: today, they belong to a collection of over 200 manuscripts that are housed in the archives of the Bibliothèque nationale de France in Paris. These are the cahiers de notations des chants d’oiseaux – the composer’s pocket notebooks that he used to carry around with him and capture birdsong at every available opportunity. 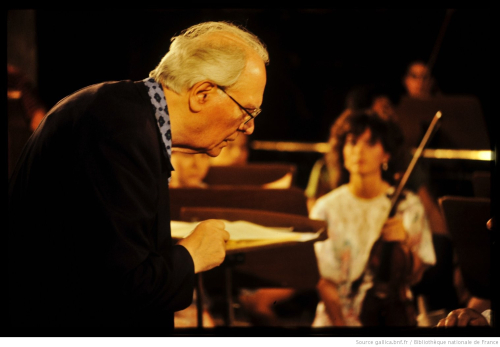 Interestingly enough for a musician who experimented with avant-garde techniques, Messiaen didn't choose to write down what he heard using a progressive form of notation, but instead preferred to use the more traditional stave. He does this in a highly personal and sensitive way, by adding textual descriptions of the quality of a bird’s song, onomatopoeia to evoke its calls (a tried-and-tested ornithologist’s method), and symbols that provide an additional layer of detail to the notations. All of this provides a remarkably thorough depiction of the sounds that he encountered. 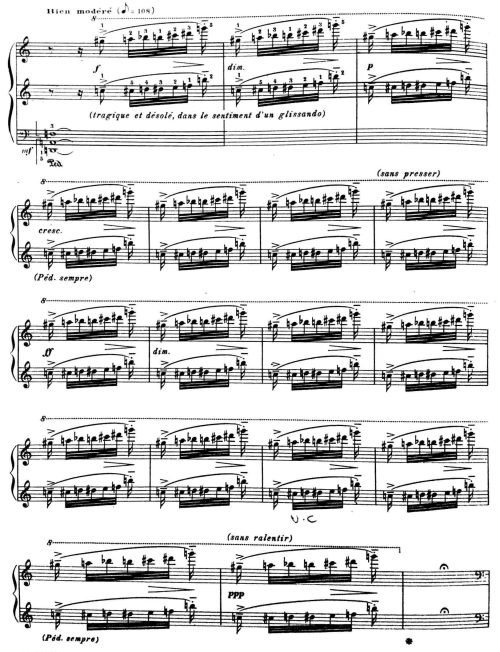 As well as notations made outdoors in the heart of nature, Messiaen’s notebooks also contain a great number of musical sketches that were made from recorded birdsong. These sources were ornithological collections that were commercially available on record – such as Ludwig Koch’s Songs of Wild Birds (1936) and Songs of British Birds (1953)!

Messiaen’s ability to replay time and again the sounds captured in these recordings (something that is obviously impossible with ‘live’ birdsong) doubtlessly enabled an astounding level of precision in his notations. The songs of several birds that feature in Koch’s recordings subsequently found their way into Messiaen’s compositions, as the latter turned to the notations he had made as a source of musical material. For instance, in the final piece of the great piano cycle Catalogue d’Oiseaux of 1956-1958, entitled 'Le Courlis cendré', we can hear a direct 'quotation' of the curlew’s call that features on More Songs of Wild Birds:

As well as using bird songs and calls recorded by Koch as a source of musical ideas, it may well be that Messiaen was also inspired by the unique way in which his contemporary captured 'images in sound' of birds within their natural habitat. The notion of a 'soundscape', as pioneered by Koch in his work, finds a lasting legacy in Messiaen’s music. This great French composer similarly presents his listeners with a catalogue, or an inventory, of birds – not only of their songs, but also of the specific environments in which they live. In this sense, Messiaen’s birdsong pieces are like musical pictures: designed to document a particular scene almost as faithfully as the sound recordings from which they take their inspiration.

Delphine Evans is a pianist, musicologist and music educator. Her research is focused on birdsong and the natural sound world, and as a pianist she specialises in 20th Century French music. She has gained musical and academic experience in Canada and France, studying at the universities of Montreal and Paris-Sorbonne. She is currently based in Manchester where she teaches Music and French.