It’s not clear what the purpose of this word list is, but it’s one of ten created by linguists at UCL, probably in the 1950s. It might be a prompt for phonetic transcription practice or possibly a pronunciation guide to English vowel sounds. In the 1980s UCL phonetician Professor Wells established his ‘lexical sets’ – a list of key words used by linguists to capture and describe English pronunciation in a variety of accents. The first words in this list would be represented in Wells’ lexical sets as TRAP, STRUT and DRESS. 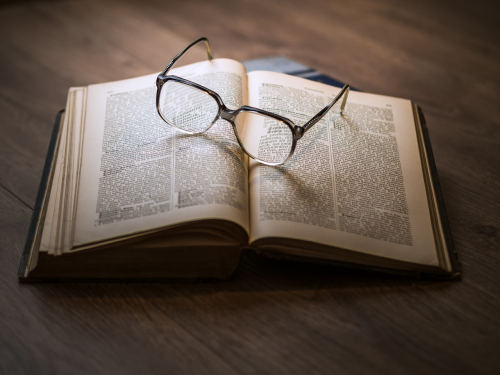 This year of 2016 will be remembered for many reasons, but as it draws to a close it is worth recalling that it was the centenary year of the birth of the great violinist Yehudi Menuhin. 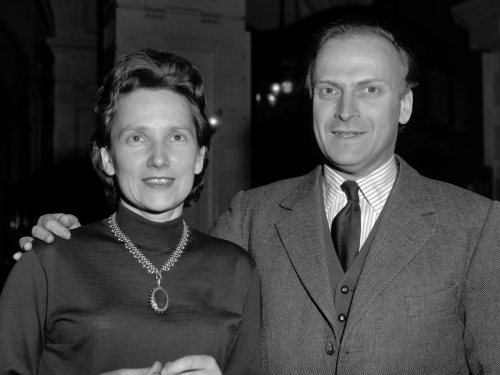 Although he was the star of the family, his two sisters were also very talented – Hephzibah often acting as his accompanist in recordings and performances.  Much has been written about internal family relationships.  His mother, described as being cold, taught the young Yehudi never to show his feelings.  Producing three prodigies was certainly something unusual to cope with, but it seems that the parents exercised a considerable amount of control over their children’s lives.

Menuhin made his first recordings as a boy in 1928 accompanied by his teacher Louis Persinger (1887-1966).  These were made in California where the family was living at the time.  His fame led to touring and further recordings were made in Paris and London.  It was at the newly opened Abbey Road Studios in London in 1932 that Menuhin made his famous recording of Elgar’s Violin Concerto with the composer conducting.  A few years later he returned to record some solos on 28th November 1934 with his father Moshe (1893-1983) and sister Hephzibah.  Someone had the idea to record a sound letter for their mother but all are embarrassed and lark around – Hephzibah sings ‘cuckoo’ and Yehudi plucks his violin, but most notably the father Moshe takes the limelight singing the opening of Sarasate’s Romanza Andalusa Op. 22 No. 1, a work Menuhin recorded that day.

Most interesting is the inclusion of the speaking voice of producer/engineer Fred Gaisberg who had joined the Gramophone Company in 1898.  Apart from the father, none of them want to get near the microphone but, ever the experienced recording engineer, Gaisberg says to the children ‘You’re absolutely stymied, frozen…..it’s amazing how you get paralysed when that red light goes on…..what you could do is give your experience of something, I don’t know what…your experience of making gramophone records’.  Yehudi says, ‘couple it with this last one we did’.  Unfortunately, a lot of the recording is distant and it ends at this point. 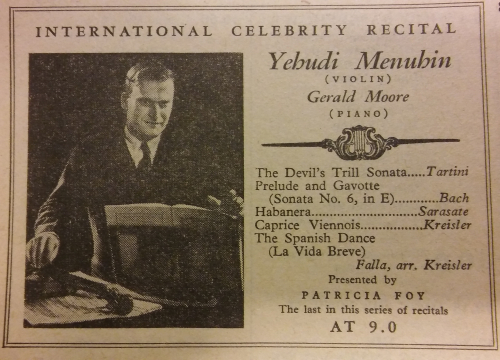 Exactly twenty years later in November 1954 Menuhin recorded a thirty minute television recital with Gerald Moore as accompanist.  The sound from discs is not good but probably better than the TV film soundtrack, if it survives. Here is the Prelude from the E major Partita by Bach.

Posted by Jonathan Summers at 1:26 PM