The many tributes to Tam Dalyell, who died last Thursday, paid little attention to his unswerving interest in scientific affairs throughout a 43-year career as an MP. 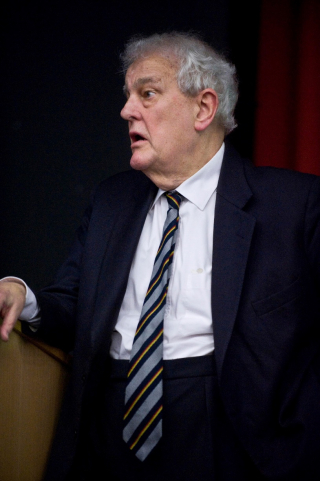 Tam Dalvell, Labour MP (1932-2017), courtesy of Douglas Robertson and the University of Edinburgh

Dalyell read history and economics at Cambridge in the 1950s, yet acknowledged in his 2012 interview for the History of Parliament oral history project “it’s important that there were particularly others from the sciences that I got to know very well”.

While at university he was friends with Ron Peierls, son of nuclear physicist Sir Rudolf Peierls, and attended lectures given by physicists Sir James Chadwick and Otto Frisch.

Dalyell knew many world-famous scientists through his friendship with David Schoenberg, head of the Mond Laboratory in Cambridge. In 1964 he was the only MP on a high-level science/political delegation to the Soviet Union, witnessing how personal relationships within the international science community could transcend Cold War politics.

However it was through writing a weekly column for New Scientist for 37 years that Dalyell “provided a conduit for researchers to speak to Parliament and vice versa”.

Dalyell’s support for the public understanding of science demonstrates that parliamentarians who are actively involved in debates about science do not necessarily come to Westminster with a scientific background, as interviews with other former MPs confirm.

Patrick Jenkin (MP for Wanstead and Woodford, 1964-1987), who died in December 2016, spoke about having never been taught science at school, yet he became president of both the Foundation for Science and Technology and the Parliamentary and Scientific Committee. He was chair of the House of Lords Science and Technology Committee during its 2000 inquiry into Science and Society.

David Price (MP for Eastleigh, 1955-92) read history at university but in Parliament became a vigorous campaigner for British industry and space research.

The interviews also reveal that MPs with a technical or scientific background were not always comfortable adopting a visible position on science. “I really didn’t feel sufficiently technically qualified in order to become, as it were, a technical guru in Parliament, so in the end I concentrated on foreign affairs,” said Ben Ford (MP for Bradford North, 1964-83), despite a thorough knowledge of aviation electronics and experience of lecturing on productivity at INSEAD and the University of Cambridge.

From accounts such as these, it seems that there was little correlation between these MPs’ scientific credentials and an inclination to be actively involved in Westminster’s consideration of science.

The interview clips featured in this blog are sourced from the ongoing  History of Parliament Oral History Project (deposited at the British Library). For further interviews in this collection, search 'C1503' in the Sound and Moving Image catalogue. Further oral history interviews relating to Science and British Scientist can be found via the Sound and Moving Image, online via BL Sounds and the Voices of Science webpage, the website of the Oral History of British Science programme, led by National Life Stories in association with the Science Museum, and with support from the Arcadia Fund.