Behind the candy-striped jackets – oral history uncovers the unspoken

David Kynaston is perhaps best-known for his prize-winning studies of Britain in the later twentieth century, most tellingly his Tales of a New Jerusalem series, including Austerity Britain, Family Britain, and Modernity Britain.  We can now hear David Kynaston reflect upon how he weaves personal memories through his studies of this dramatic period, as he gives the National Life Stories Lecture, ‘Uncovering the unspoken: memory and post-war Britain’, to be held in the Knowledge Centre at the British Library on 13 March 2017. 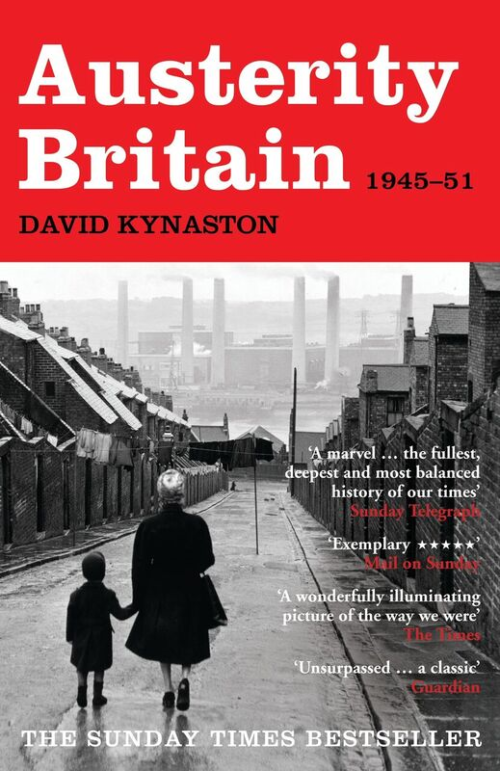 To inform the themes of his lecture Kynaston welcomed four eminent guests to the purpose-built recording studio in the Library: Clare Short (former British politician), David Warren (former British diplomat), Anne Sebba (writer, presenter and lecturer) and Sarah Dunant (novelist, journalist, broadcaster and critic). This wide-ranging and lengthy discussion – which will also be archived and made available at the British Library – covered the speakers’ reflections on some key themes including class, sexuality, education, gender, the influence of family background and the mechanics of how we remember.  If, like me, you are intrigued to know how Kynaston will intertwine these themes with his wider reflections on post-war Britain then book a ticket to attend the lecture.  Tickets are available via the British Library Box Office.

Of course, Kynaston is no stranger to oral history. National Life Stories is the oral history fieldwork charity based in the British Library Sound Archive that has been collecting and commissioning oral history interviews for the last thirty years.  David Kynaston deposited the interviews from two of his key works on the City of London, which are available for anyone to listen via the Listening and Viewing Service at the Library; one on the City investment group, Phillips & Drew (now incorporated into UBS Global Asset Management) and the second on LIFFE.  The Kynaston London International Financial Futures & Options Exchange (LIFFE) Interviews is a series of over 65 recordings with employees and former employees of LIFFE conducted in 1996 as part of the research for his book LIFFE: A Market and its Makers (Granta, 1997). 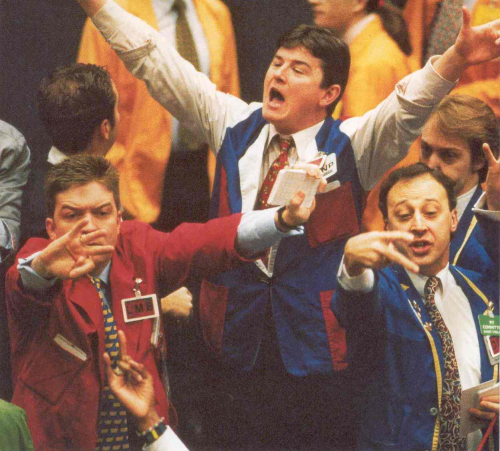 When Kynaston conducted his interviews in 1996 LIFFE was at its zenith, as one of the largest futures, commodities and equity exchanges in Europe. The exchange floor was a hive of activity, noise and colour where each trader - kitted in a distinctive coloured blazer - would use a mix of hand-signals and shouts from ‘the pit’ to conduct the exchanges.  In this clip from the City Lives project, we hear about the events at the opening of LIFFE in 1982 and then a description how the exchange functioned in the mid 1990s. The first speaker is David Burton, Chairman 1988-1992 (this recording is from 1993), and the second is his successor Nick Durlacher (interviewed in 1995).

Within only four years of these interviews LIFFE changed beyond recognition. The last open outcry trading pits were closed in 2000 as trading shifted to electronic platforms.  Gone were the coloured jackets, the shouts and the practical jokes of the brokers.  Both City Lives and the Kynaston London International Financial Futures & Options Exchange (LIFFE) Interviews capture personal descriptions of these moments in the life of the City of London from the perspectives of those who worked there and experienced the intense life on the trading floor.

If you are not able to attend the lecture, we plan to film the event and make it available online. More news will follow on this in later March.