Readers of a certain age may recall from 1980s tea-time TV the children's series The Moomins, a stop-motion animation treatment of the stories of the Moomintrolls, the family of small woodland beings created by Finnish writer-illustrator Tove Jansson. The original stories and picture-books were written and published in Swedish, and spanned the period 1945-1970. 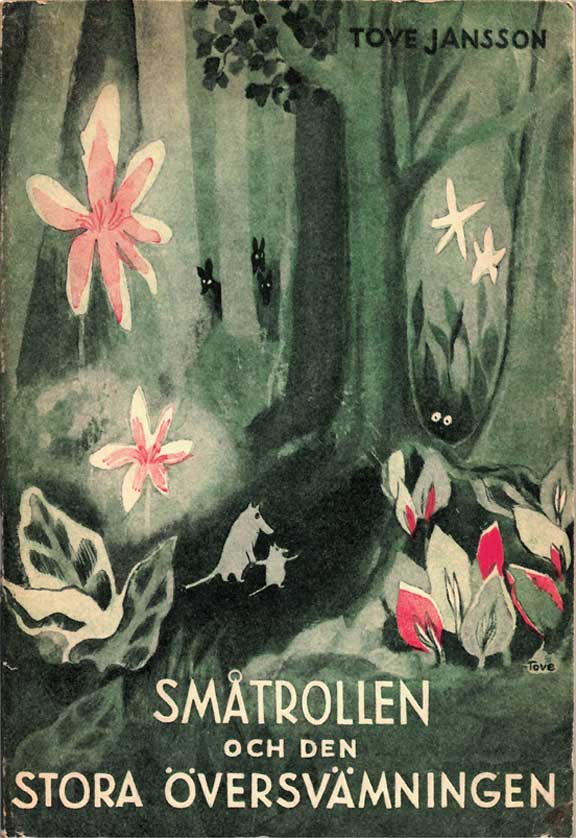 The TV series shown in Britain was a Polish-Austrian-German production, made at the Se-ma-for studio in Łódź. For UK audiences, episodes were edited from their original longer format into five-minute chunks and given an English-language narration by veteran actor Richard Murdoch.

Another UK addition was a new theme tune and soundtrack, created by Graeme Miller and Steve Shill, who were, at the time, members of Impact Theatre Co-operative, a Leeds-based experimental theatre company whose influence on the contemporary performance scene is still felt today. Perhaps their best-known work is The Carrier Frequency from 1986, a collaboration with novelist Russell Hoban set in a post-nuclear world, and performed on a structure designed by Simon Vincenzi that rose from a two-foot deep pool of water. 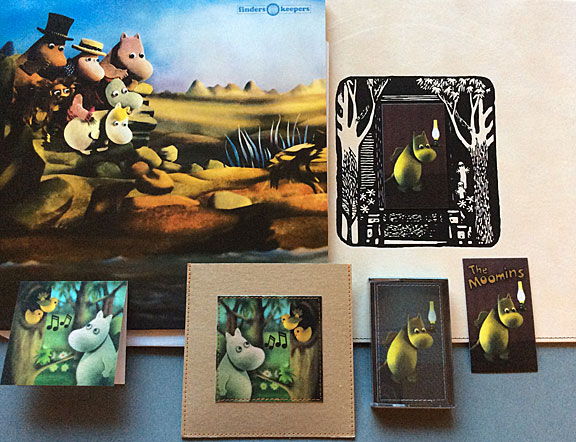 The Moomins' music, a mixture of organic instruments and new electronic sounds, was issued this year in its most complete edition yet by Finders Keepers Records. Formats include cassette, CD and vinyl, plus two de luxe limited edition LPs. Examples of each have been acquired by the British Library for its sound archive (see image above).

Simon Sheridan, in his A-Z of Classic Children's Television, describes this music as 'some of the saddest ever to make its way onto kids' TV'.

In the same book Graeme Miller cites the mournful theme tune from The Adventures of Robinson Crusoe (the 1960s French import that was a staple of BBC children's programming for three decades) and the electronic sound of Kraftwerk as primary musical influences.

The Finders Keepers editions are beautifully presented, with the CD and LP editions featuring the bonus of a long and detailed essay by Andy Votel on the history of the series as broadcast, the creation of the music, and the 10-year effort to make the complete soundtrack available for the first time.