Guest blog by Thomas Schuttenhelm, current Edison Fellow and author of  The Selected Letters of Michael Tippett, (Faber) a contributing author for the Tippett Cambridge Companion and monograph, also for Cambridge University Press, on The Orchestral Music of Michael Tippett: Creative Development and the Compositional Process. His book Vision and Revision: Michael Tippett’s Fifth String Quartet will be published by Routledge in 2017.

The composer Denis ApIvor (1916-2004) led an uncommon life.  He was a sensualist among scientists and an individual in the era of ideologues.  ApIvor’s music survives in various musical subcultures and is highly regarded in these circles, even if it is infrequently performed.  Although ApIvor’s music is not particularly well known, the Sound Archive at the British Library has proved to be a powerful tool for discovery and preservation of significant work and as an Edison Fellow I have devoted my time to exploring and appreciating this material.  Most of the excerpts used in this blog come from the larger collection of recordings donated to the British Library by the composer and are representative of the resources found in the Sound Archive. 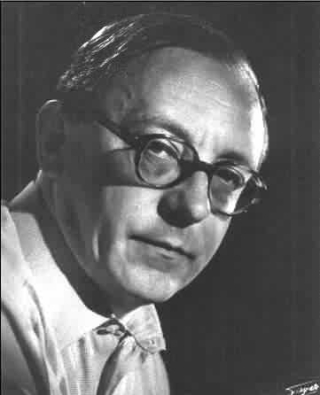 Denis ApIvor was born in Ireland to Welsh parents.  In fact, ApIvor means son-of-Ivor in Welsh.  As a youth ApIvor learned the piano and sang in various cathedral choirs and by 1925 he was studying at Christ Church, Oxford on scholarship.  In 1928, after discovering Peter Warlock’s Three Carols in the new Oxford Book of Carols, he had “no doubt whatsoever that I wanted to know this musician.”  Despite his aptitude for music his parents were opposed to him pursuing it as a career and he matriculated at the University College London for medical studies.

On 14 March 1934 ApIvor heard a concert performance of Alban Berg’s Wozzeck, in the Queen’s Hall, conducted by Adrian Boult, which left a lasting impression on him and would later influence his decision to turn to serialism, a system of composition most commonly associated with the Viennese composer Arnold Schoenberg, in the late 1940s.  Here is an extract from that 1934 broadcast, the first performance in England, with Adrian Boult conducting the BBC Symphony Orchestra.

While living in London ApIvor shared a flat on Marchmont Street with John Scott through whom he met the composer and critic Cecil Gray whose biography of Peter Warlock, A Memoir of Philip Heseltine (Jonathan Cape Ltd 1934) ApIvor greatly admired.  With Gray's assistance ApIvor took private instruction from Patrick Hadley and subsequently with Alan Rawsthorne.

ApIvor’s connections with Gray and Rawsthorne led him into contact with Constant Lambert, whose book Music Ho!—a study of music in decline (1934) he read when he first came to London.  It was probably through this publication that ApIvor first came into contact with the poetry of T. S. Eliot.  ApIvor was immediately attracted to Eliot’s “romantic pessimism of the nineteenth century expressed in the music-hall technique of the twentieth-century lyric writer” and he allowed this to direct his next large-scale composition. [See Lambert, Music Ho! (New York: Charles Scribner's Sons, 1934), 207.]  For this ApIvor chose Eliot’s The Hollow Men, which became the basis for his eponymously named Op. 5, for baritone, male chorus and orchestra (1939). The Hollow Men was not heard until 1950, when Lambert conducted it for a radio performance.

Music and Letters reported: “here is intensely interesting music of complete technical competence, showing an unhesitating sense of declamation and of colour, with a powerful melodic sense.”  [See Vol. 32, No. 3 (July, 1951), pp. 288-89.]  Colin Mason noted: “The greater significance of the work seems to me to lie in the evidence it offers that the composer has really profited by the example of the ‘great’ composers of the early twentieth century, particularly Stravinsky.  This is true of so few modern English composers that it puts Denis ApIvor among the very few who are likely, when their mature works can be heard, to earn themselves a lasting international reputation.”  [See Colin Mason, ‘London Contemporary Music Centre’, Musical Times, 91 (1950), 110.]

At the time ApIvor’s career appeared to be on the rise.  He received a commission from Sadler’s Wells Trust for his opera Yerma Op. 28 (1955-59); completed three highly successful ballets: The Goodman of Paris Op. 18 (1951), A Mirror for Witches, Op. 19 (1951), commissioned by the Royal Ballet and first performed at the Royal Opera House, Covent Garden in 1953, and Blood Wedding Op. 23 (1953), produced at the Sadler’s Wells Theatre; a Promenade Concert was produced in 1958 featuring his Piano Concerto Op. 13 (1948)—where he first started to experiment with serial techniques, and a retrospective concert of the composer's songs and chamber works was given at Wigmore Hall, which included Crystals Op. 39 (1965) for Hammond organ, amplified classical guitar, marimba, contrabass, and 2 percussion.

The ensemble configuration is certainly unique within twentieth-century music. Its antecedents can be found in works like Schoenberg’s Serenade Op. 24 (1921-3), Webern’s Op. 18 (1925) and Op. 19 (1926), and Berg’s Wozzeck (1914-22), all which feature the guitar, and the latter left a lasting impression on ApIvor that continued to resonate throughout his creative development.  Another work that might have influenced him was Le Marteau sans maître (1953-4), by Pierre Boulez, which received its British premiere in 1957 with Cornelius Cardew (a cellist by training) performing the guitar part.

Crystals, a Concert Miniscule (1965), is an evocative work that is comprised of sensuous timbres.  It is caste in a geometrical design - a five movement ‘arch’ form, befitting its geological title.  It can be heard in a live recording from March 1984 made at the Royal Northern College of Music, conducted by George Hadjinikos.

ApIvor had a keen ear for the guitar and he was in complete command of its resources.  Unlike other composers, whose compositions for the guitar are often a catalogue of clichéd techniques, ApIvor gives careful consideration to the construction of the musical material and matches it to the expressive potential of the instrument.  Prior to composing the Concertino, ApIvor sought instruction from John Roberts who was a pupil of the guitarist and noted pedagogue Emilio Pujol (1886-1980).

The Concertino for Guitar and Orchestra Op. 26 (1954), which is often given the distinction as being the first post-war British guitar concerto, was first performed in 1958 by the BBC in Scotland, with Julian Bream as featured soloist.  Bream later commissioned the Variations Op. 29 (1959) for solo guitar, and both scores were eventually published by Schott, but neither have found their way—yet—into the standard repertoire.

Despite the commissions, and many high profile performances, ApIvor never achieved a “lasting international reputation,” and his music, while exquisitely crafted, remains almost entirely unknown, and none of it is available on commercial recordings.  In fact, Bream never recorded the Concertino and while performances of it are rare, it was captured on a live recording of the first concert performance, which took place at the Royal Northern College of Music Orchestra in March 1984, with James Woodrow performing the solo guitar.  This recording has been preserved in the Sound Archive at the British Library.  In a letter to the Sound Archive curator from July 1988, ApIvor writes: “There is the Bream recording in your collection; but the orchestral sound is much better in the RNCM tape.”

ApIvor’s compositions for the guitar deserve special consideration because they are among the most unique in the repertoire and they can occasionally be found on a recital programme.  For example, his next work for the guitar, the Discanti Op. 48 (1970), published by Bèrben Edizioni Musicali, is listed alongside Richard Rodney Bennett’s Impromptus, Lennox Berkeley’s Sonatina, and William Walton’s Five Bagatelles, as a Grade 10 example of 20th and 21st century repertoire in the Royal Conservatory Guitar Syllabus.

This was followed by El Silencio Ondulada Op. 51 (1972)—“The tremulous silence”—for guitar and chamber orchestra, which is inspired by the poem “El silencio” by Spanish poet Federico García Lorca (1898-1936).  ApIvor had a longstanding interest in Lorca.  His Six Lorca Songs for voice and piano Op. 8 (1945-6), which he subsequently arranged for voice and guitar, were the first pieces to use Lorca as an influence.  ApIvor’s Yerma, Blood Wedding, and his very last composition, Lamentations de la Muerte Op. 100 (1996) all use Lorca as a basis for the music.  The performance heard in this live recording of El Silencio Ondulada also took place at the Royal Northern College of Music in March 1984, with James Woodrow performing the solo guitar part.

ApIvor’s next solo work for the guitar was Saeta Op. 53. (1972).  A “specimen of the commercial recording of ‘Saeta’ for guitar solo, as part of a Whitetower recordings tape,” performed by Simon James, was appended to recordings the composer sent to the British Library in 1988.

ApIvor’s unique approach to composition makes use of all available pitches, presenting them in increasingly original combinations, and regulates their impact on the listener through careful and nuanced control of the expressive potentialities.  ApIvor’s treatment of musical materials bear some relationship to his occupation as an anesthesiologist as the two disciplines were not as distantly related as some would have us believe.  In fact, the merging of these two seemingly incompatible areas is entirely in keeping with the modernist mind.  It is only the most conservative cultural critics that adhere to an outdated paradigm that requires all composers to begin piano lessons at a young age followed by early attempts at composition, attendance at prestigious schools that include a long list of distinguished teachers, awards and accolades from even more prestigious institutions, performances by the best orchestras, and a home in some urban capital.  For those who have difficulty accepting the accomplishments of the creative artists who have skewed this stereotype would benefit from a reminder Charles Ives and Wallace Stevens were both highly successful insurance executives; William Carlos Williams was a practicing physician, and Edward Hopper spent many years working in advertising creating cover designs for trade magazines.

During the war ApIvor was posted abroad, including a period of time in India and this too had a considerable but not necessarily acknowledged influence on his compositional development, especially on his adaptation of the serial technique.  In his book An Introduction to Serial Composition for Guitarists (London and Suffolk: New Music Services Ltd, 1982), ApIvor found parallels between Indian ragas and tone-rows.  He explained that a tone row was “based on a succession of scale-like ‘ragas’, one of which has to be chosen for the piece, and which can only contain some of the available tones.  This brings the system very close to one aspect of the final systematized Schonbergian departure of ‘twelve tone’ music, in that the Indian musician must choose his notes or row or raga for each piece and stick to them.”  ApIvor was the not the first to demonstrate the similarities between these two systems but his desire to integrate them into a personal, if somewhat non-systematic, method of composition certainly placed him far ahead of the ‘world-music’ trend that has become a dominating aesthetic in the years since he made these observations.

ApIvor’s music can be difficult to classify and although it presently exists only on the fringes of classical communities (and the guitar world has been one of the most accepting) there is an expressive potential that is quite powerful and which these examples demonstrate.  Performers and audiences will be amply rewarded when they endeavor to take the time and effort to explore this fascinating music.

*The author wishes to thank Dr. Mark Marrington for his editorial assistance in preparing this blog.

Posted by Jonathan Summers at 12:37 PM