Recording of the week: a Welsh kibbutz?!

In this extract, Holocaust survivor, Judith Steinberg, talks about her husband who arrived in Britain in 1939 on the Kindertransport from Germany. Steinberg’s husband was one of 200 Jewish refugee children who spent their early war years living and working in Gwrych Castle, north Wales, one of several hachsharoat (agricultural training centres) established in wartime Britain by German-Jewish Zionist Youth Organisations such as Bachad and Youth Aliyah. Working on the land, the hachshara (singular of hachsharoat) at Gwrych sought to train its apprentices for kibbutz life in Eretz Israel. 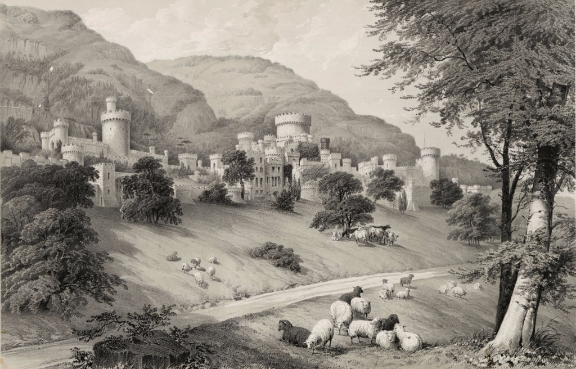