Recording of the week: the waves of Freshwater Bay

The Isle of Wight is a small island situated in the English Channel whose coastline is peppered with small coves and secluded bays. One such bay can be found in Freshwater, a small village to the west of the island which became popular as a coastal resort in the 19th century. Well known Victorians such as the Poet Laureate Alfred Lord Tennyson and the photographer Julia Margaret Cameron both settled in Freshwater and may well have strolled along the promenade overlooking the bay, listening to the gentle roll of waves as heard in this contemporary recording from 2006.

Waves at Freshwater Bay, Isle of Wight recorded on 26 March 2006 by Richard Beard 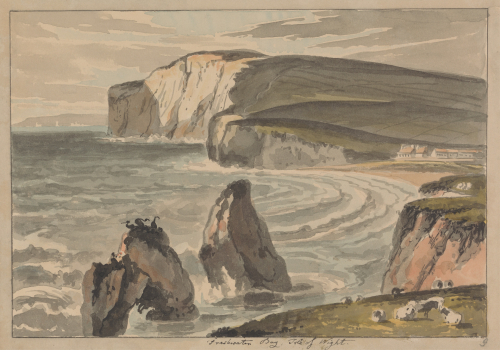 More recordings of waves can be found in the Water collection on British Library Sounds.

Contemporary Britain, Recording of the week, Sound and vision, Soundscapes