‘Rock Island Line’ was the hit single that sparked the Skiffle craze amongst British youth in the late 1950s. Skiffle was a pared-down mixture of jazz, blues and folk influences played on a mixture of tea-chest bass, washboard, guitars and banjo. Its simplicity made it accessible and appealing to the new generation of British teenagers. Lonnie Donegan’s recording of ‘Rock Island line’, an American folk song popularised by Leadbelly, inspired a host of British musicians including Cliff Richard, Jimmy Page, John Lennon and Paul McCartney to form their own groups and laid the foundation for decades of successful British Rock and Pop music. 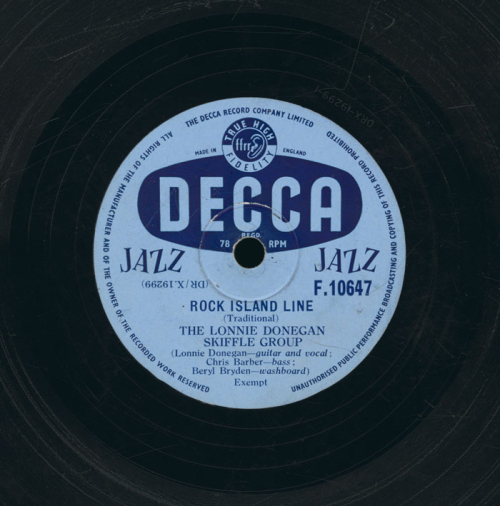 The Skiffle phenomenon is the subject of the forthcoming book 'Roots, Radicals and Rockers: how Skiffle changed the world' by musician Billy Bragg.

Contemporary Britain, Music, Recording of the week, Sound and vision