Food For Thought: Voices of Charity and Social Welfare in Britain

When people think of food poverty, Britain rarely springs to mind. However, food poverty has always had a presence in the United Kingdom and is a particularly growing issue in the early twenty-first century as a result of many factors, including rising inflation and living costs, as well as economic recessions. According to a recent UK government survey, a quarter of low-income families in Britain struggle to eat regularly. To help ameliorate this crisis, food banks have now become a common feature of the British landscape – their usage continuing to grow year after year.

One of Britain’s leading food bank charities is The Trussell Trust, its British branch having been founded in 2004 by Paddy and Carol Henderson in Salisbury, Wiltshire, after the couple came into contact with a British mother struggling to feed her family. Starting with two food banks, the trust now has 400 food banks across the United Kingdom (approximately 500,000 people used these facilities between 2004 and 2013).

In 2015, National Life Stories in partnership with the British Library, interviewed the then Director and Executive Chairman of the Trussell Trust, Chris Mould, as part of its Pioneers in Charity and Social Welfare project (BL catalogue ref. C1155). A collection of 30 life story interviews conducted by Louise Brodie between 2005 and 2016, the project celebrated and explored the personal biographies of individuals who have played a key role in the development and provision of charitable and welfare activities in Britain throughout the 20th and early 21st centuries.

We are pleased to announce that these interviews are now freely accessible online via the BL Sounds platform under the theme Charity & Social Welfare. The online collection covers a range of subject matters, including Prison Reform, Mental Health, Food Charity, Housing and Humanitarian Aid. As well as Chris Mould, the resource features interviews with leading figures working in Britain’s third sector, such as the late Rev Kenneth Leech, founder of the homeless support charity, Centrepoint; Frances Crook, the Chief Executive of the Howard League for Penal Reform; and Dame Elisabeth Hoodless, the Executive Director of the United Kingdom’s leading volunteering and training charity, Community Service Volunteers (CSV), between 1975 and 2011. 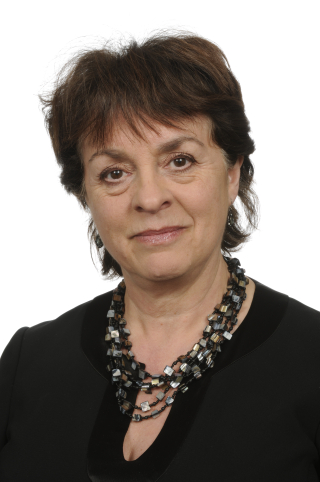 Frances Crook on the need for penal reform in Britain

Although thematically linked by the subjects of ‘charity’ and ‘welfare’, the interdisciplinary and biographical makeup of the life story interviews in this collection means that they contain a wealth of information that will be of interest to anyone researching social events and issues in Britain during the 20th and 21st centuries. For instance, Sally Greengross, Baroness Greengross, OBE , was chosen to be interviewed for the project for her work in caring for older people in Britain, but her life story interview tells us a great deal more than just her time working as Director General of Age Concern England from 1987 to 2000 – one example being her personal thoughts on her Jewish identity and upbringing.

Sally Greengross on her Jewish identity

As well as serving an invaluable role as repositories of ‘history’ and ‘information’, life stories offer an insight into the inner subjectivities of individuals, allowing listeners to gain a clearer perspective on personal historical experiences and emotions. In the words of Robert Atkinson, they are a ‘highly personalized approach in gathering qualitative information about the human experience.’ [Robert Atkinson, ‘Life Story Interview’ in Michael Lewis Beck, Alan E. Bryman and Tim Futing Liao (eds.) The Sage Encyclopedia of Social Science Research Methods (2003), p.569.]