Recording of the week: Himba women’s songs from Namibia 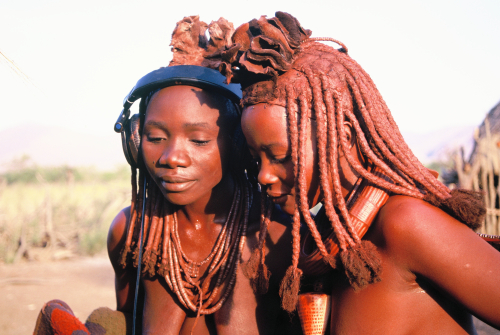 The Himba, from the northern part of Namibia, very close to the border with Angola, are well known for their elaborate hairstyles, using copious amounts of lush, orange ochre – which helps to protect them from the scorching sun. Hair cutting ceremonies are significant markers of life cycle events, being performed, for example, for naming ceremonies or in celebrations connected with girls’ first menstruation and marriage.