Guest blog by Ammiel Bushakevitz, current Edison Fellow at the British Library and freelance pianist based in Berlin, Germany.

Although the majority of his legacy was produced more than half a century ago, Walter Legge (1906–1979) left behind such a copious treasure of legendary recordings that his achievements in the field have yet to be surpassed.  During his tenure as chief classical record producer from 1932 to 1962 for EMI in London and for EMI’s subsidiary, Angel Records, Legge played a significant part in launching and documenting the careers of artists including Callas, Fischer-Dieskau, Gieseking, Flagstadt, Karajan, Klemperer, Lipatti, Ludwig and Schwarzkopf.  An indomitable autodidact, quotable though controversial, Walter Legge possessed a flair for spotting talent and an uncompromising ear for musical quality.  He was a music critic, lecturer, writer, editor, masterclass teacher and founder of the Philharmonia Orchestra; but it is in his capacity as a record producer that he contributed the most to posterity.  Alan Sanders, in his Walter Legge: A Discography (1984, Greenwood Press), commences the introduction to his extensive Legge discography as follows:

Walter Legge was the first record producer. Before him were “artistes’ department representatives” who saw to it that matters went smoothly at recording sessions [...]. His quest for perfection was untiring and it is thanks to his vision that a large proportion of the greatest recordings from the 1930s onwards came into being.

Included in the vast catalogue of recordings produced and supervised meticulously by Legge are such historically portentous examples as the Callas/Gobbi/di Stefano/de Sabado Tosca (1953), the Ludwig/Schwarzkopf/Karajan Der Rosenkavalier (1956), most of Callas’s records, numerous recordings of the Irish tenor John McCormack, Arthur Schnabel’s complete Beethoven Piano Sonatas, and a collection of recordings of veteran conductors including Beecham, Boult and Toscanini.

Even though Legge was a man of many hats, there was one obsession that haunted him more than any other throughout his life - the lieder of Hugo Wolf.  Legge was an avid young Wagnerite when he borrowed Ernest Newman’s biography of Hugo Wolf from a London lending library, a day Legge describes as “probably the best day of my life”.  The lack of any recordings of Hugo Wolf's lieder in England prompted Legge to launch the Hugo Wolf Society in order to raise funds to record the lieder of Wolf.  The Hugo Wolf Society subscription recordings commenced in 1931, ending with the outbreak of the Second World War in 1939, and were reissued on LP in 1981 and again on CD in 1998 as a box set by EMI.

The formation and history of the Hugo Wolf Society is of special interest to me personally, since I often accompany the songs of Hugo Wolf as a pianist. Walter Legge was a colossal figure in the history of song recording and set a certain standard, often in collaboration with the great song pianist, Gerald Moore, and such illustrious lieder singers as Elisabeth Schwarzkopf, Victoria de los Angeles and Dietrich Fischer-Dieskau. 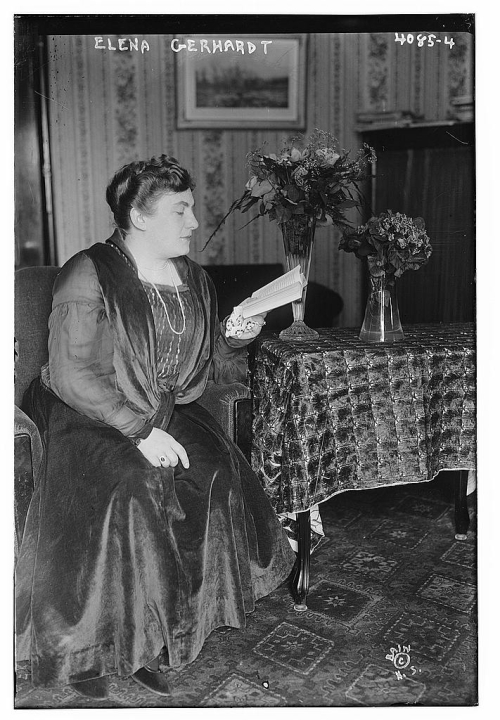 Elena Gerhardt (1883-1961), the great German mezzo-soprano who moved permanently to London in 1934, largely due to her political convictions, but in part also because of the success of the Hugo Wolf Society (Library of Congress)

One of the defining traits of the German Romantic Age was their interest in the poetry of the world. In their eager quest of national and folk themes and subjects, the Romance languages and traditions were especially sought after.  As German artists had longed for the clear air and warm light of Italy, so German writers and poets and musicians found their own native art-forms irradiated by the light of the Southern Countries and especially, of Italy and Spain.  As Eric Sams mentions is his The Songs of Hugo Wolf (2011: Faber & Faber), the ideas of Spanish local colours and costumes, pride and passion, the guitar and the castanet made a particular appeal to the lighter lyric poets such as Emanuel Geibel (1815-84) and through them to the great song writers such as Schumann, whose Geibel setting Der Hidalgo of 1840 was among the very first to put Spain on the map of the Lied.  And in 1852 he collaborated with a younger poet, Paul Heyse, on a joint compilation, the Spanisches Liederbuch, dividing the poems into sacred and secular and drawing on famous writers such as Cervantes alongside anonymous sources and two obscure characters, “Don Manuel Rio” and “Don Luis el Chico”, who turn out to be none other than Geibel and Heyse themselves.  Wolf’s own collection of settings of the “Spanish Songbook” is the finest fruit of a long-lasting fascination with Spain that had begun in 1882 with an aborted opera set in Seville and culminated in the two operas of his final creative years, Der Corregidor and the unfinished fragment Manuel Venegas. 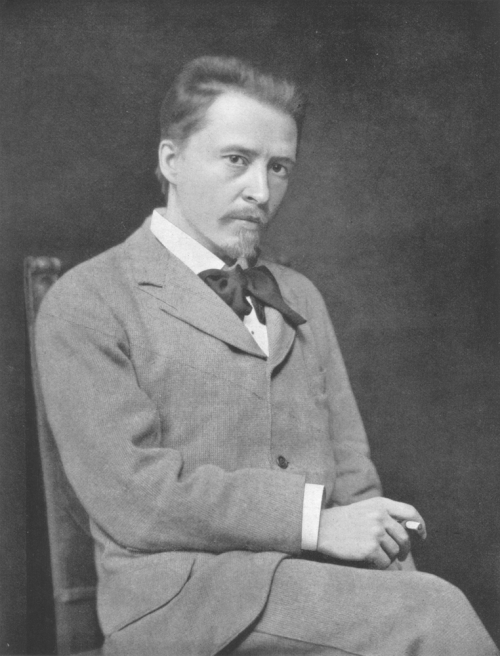 The motifs in the Spanisches Liederbuch

For Wolf, the expression of his musical language was intensely personal.  Wolf’s detailed knowledge of Wagner make the resemblances between the two composers very strong.  These resemblances are usually general and not specific - the affinity goes far deeper, down to the very roots that both music and language have in common.  It is the same relationship that Schubert shared with Mozart. These masters of music and of song learn from the masters of drama, the motive power of music and drama is converted into the lyrical mode. In this way, Wolf expressed himself in motifs which traverse his entire output of songs.

Examples of the motifs include worship, submission, smallness, weakness, mockery, criticism, unrest, manliness, freedom, release, longing and love. Perhaps his most intense motif is that of isolation, separation and loneliness.  This is a wonderful example of primary musical metaphor. The right hand of the piano part has repeated chords, from which the left-hand moves away and downwards.  It is difficult to define this sound yet the passages in which it occurred are clearly related in meaning.  Im Frühling, for example, is a great example of this.  It seems unlikely that in this song there is any particular thematic significance, but the motive of isolation is clear throughout. The associations, and there is no mistaking the meaning of the motif, that goes grieving through the piano part.

The themes of mystery and magic are also important in the Spanish Songbook.  This involves a progression in harmonies, usually based on the interval of the descending dominant seventh.  This occurs in slow time, involving a chromatic shift in which two unrelated tonalities are juxtaposed. This creates a mysterious sound reminiscent of Wagner, who may have influenced the connection in the younger composer’s mind between this motif and the theme of mystery and magic.

It was in 1931 that Walter Legge first came to prominence in the world of records when, as a young executive for His Master’s Voice he had a brilliant idea of making available important new recordings on a subscription basis so that the cost of making the recordings was guaranteed by advance payment.  This was indeed the time of the Depression and money and financing was hard to come by.  Walter Legge had a quest for perfection that was untiring, and it is thanks to his vision that a large proportion of the greatest recordings from the 1930s onwards came into being.  The 24-year-old Walter Legge suggested to EMI that he would find 500 subscribers who would pay in advance for the product and thus support its recording and release.  In a way, this is similar to the many online fundraising endeavours of today’s internet age.  Walter Legge received approval from his company and thus the Hugo Wolf Society was born. 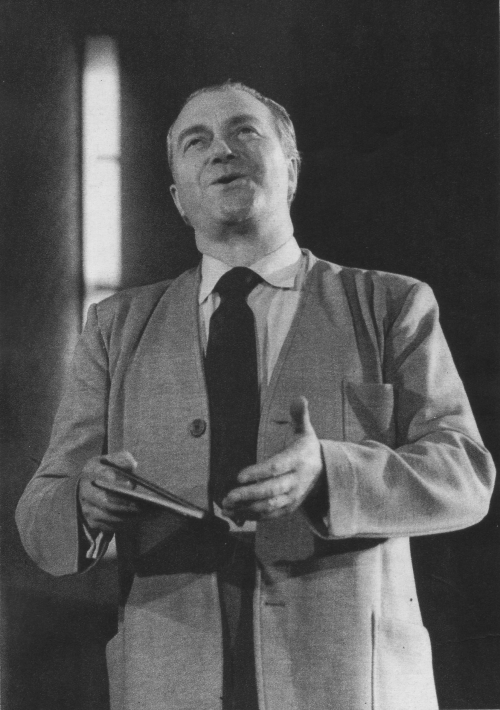 Legge, always having an eye for opportunity, wanted to share his youthful love for the still relatively unknown Hugo Wolf with other interested listeners.  The Wolf songs were relatively unknown in England so Legge had to create a society of interested patrons (subscribers) in order to fund the hiring of top-notch performers.  These artists included:

When the Second World War broke out, many of the senior EMI staff were called up for war duty. Due to he is very poor eyesight, Legge was considered unfit for service and after a period of uncertainty when he was often called upon to record lighter repertoire not to his taste, he assumed a dual role.  With the ENSA (Entertainments National Service Association) organisation, he became responsible for supplying concerts of serious music to those on active service at home and abroad or working in war factories.  He also became responsible for all new EMI classical recordings.  The great majority of these recordings he oversaw to the last detail himself, and soon his energy and flair were at work in bringing to fruition some astonishing projects considering that the country was in a situation of war.  It was also at this time that his legendary temper began demonstrating itself. Yet his main ambition was to form a great orchestra, and at the end of the war, with the best musicians returning to normal life in London, he formed the Philharmonia Orchestra, an ensemble which soon became one of the finest orchestras in the world and which he controlled absolutely for the next 19 years.

Legge’s many further ventures led to the highest levels of performers and a collection of recordings, many of which are now legendary, spanning many decades.  Yet his affinity to the songs of Hugo Wolf never subsided and he would always return to Wolf.  Especially dear to Legge, a song from the Spanisches Liederbuch was Legge’s first recorded work on 5 November 1931 (for the Hugo Wolf Society) and he recorded another song from the same set at his last recording session on 2 January 1979, just weeks before his death.  The circle had been completed.

Posted by Jonathan Summers at 2:40 PM