Recording of the week: being the prize guinea pig

Jonathan Blake on his HIV diagnosis

The interview was conducted by Margot Farnham for the Hall-Carpenter Oral History Project in 1991, when Jonathan was forty years old. His full interview (C456/104) is available on British Library Sounds in the Observing the 1980s package, alongside three other Hall-Carpenter interviews: the Greenham Common campaigners Cheryl Slack and Sue King and the feminist Roberta Henderson. 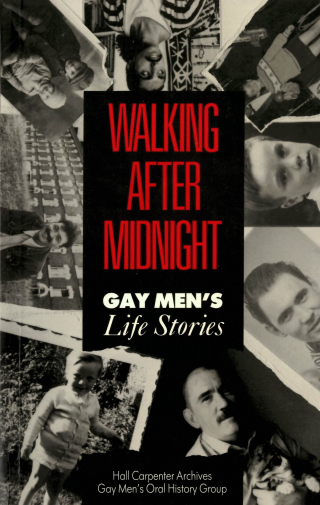 In the four and a half hour life story interview, Jonathan discusses (among many other things) his family history, upbringing, school experiences, coming out to his parents, Kings Road in the 1960s, his involvement in Gay Pride politics in New York in the 1970s, his acting career in theatre and film, his diagnosis with HIV in 1983 and his decision to live a 'healthy' life.

Funnily enough, he doesn't talk much about his time campaigning for Lesbian and Gays Support the Miners in the years following his diagnosis. But then you can watch the film Pride to find out about that - and read Pride - The Book, just out this month. And you catch up with Jonathan's latest campaigning work over on Twitter.

Come to the British Library's free exhibition Gay UK (hurry - it's only open until 19 September) to listen to many more oral history extracts from the Hall-Carpenter oral history collection.