Frederick Grinke and the sound of English music 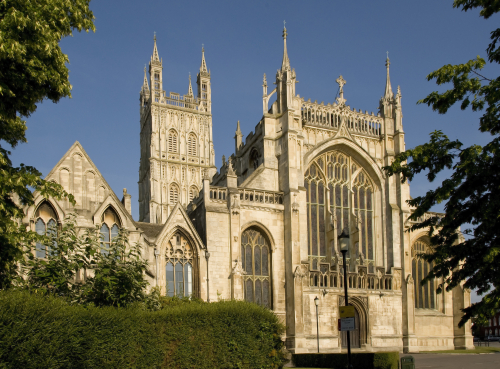 Evocative little photographs of 1956 show the violinist Frederick Grinke (1911–1987) alongside Vaughan Williams, rehearsing for a performance of The Lark Ascending in the marvellous acoustic space of Gloucester Cathedral. Grinke had a close and enduring relationship with Vaughan Williams and his music. He recorded the Violin Sonata and the Concerto Accademico as well as The Lark Ascending, and, along with David Martin, gave a performance of Bach’s Double Violin Concerto in D minor at the composer’s funeral. Grinke’s association with Vaughan Williams was not his only contribution to English music. He commissioned and premiered works from Arnold Bax to Edmund Rubbra, and was a champion of many other British composers such as William Walton.  Here is a short extract from Bax's Legend with Joseph Weingarten at the piano.

Here is another short extract of Bax's Violin Concerto (1938) with Adrian Boult and the BBC Orchestra from a live broadcast of March 1945.

A lifelong lover of English music, I’ve always been drawn to its advocates. My early work on John Ireland led me to Grinke, who worked closely with that composer and recorded much of his chamber music. As a current Edison Fellow of the British Library, I’m delighted to have access to numerous recordings of Grinke, both as a soloist and as an orchestra player, and to have the huge pleasure of spending time listening to and analysing them. In particular, I’m looking to find ways of capturing Grinke’s distinctive sound and performance style in words.

So what is it that makes Grinke such a special and much-loved violinist? Listening to the surviving recordings of him as soloist and orchestral leader reveals an extraordinarily distinctive and intense tone quality. Reviews of his time as a student at the RAM saw Grinke commended countless times, whether it was for his ‘sweet, pure tone’ or his ability to lead a string quartet ‘with rare spirit’. Grinke was also a regular concerto soloist at the RAM, a performance of Brahms’s Concerto eliciting the comment that he showed ‘remarkably good tone, flexible and warm yet free from sentiment’. This sweet pure tone is perhaps what most distinguishes Grinke as a violinist, heard for example in this recording of the finale of Mozart’s Concerto No.5.

Born in Winnipeg, in 1927 Grinke was awarded a scholarship to leave Canada to study at the Royal Academy of Music, where he was one of the winners of the prestigious annual violin bow competition. One of the RAM’s stars from the outset, Grinke devoted his subsequent career to working as a soloist and chamber musician, and, for ten years, as an orchestral leader. As an ensemble player, he founded his own Grinke Piano Trio, with cellist Florence Hooton and pianist Kendall Taylor. 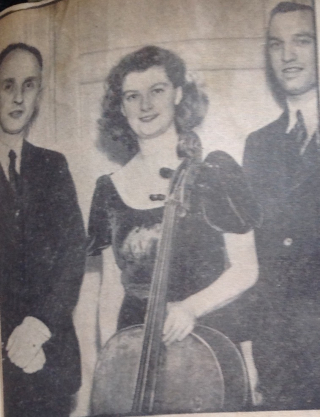 His first significant professional role saw him playing for six years with the Kutcher Quartet, and indeed his work with this ensemble dominated his early career. 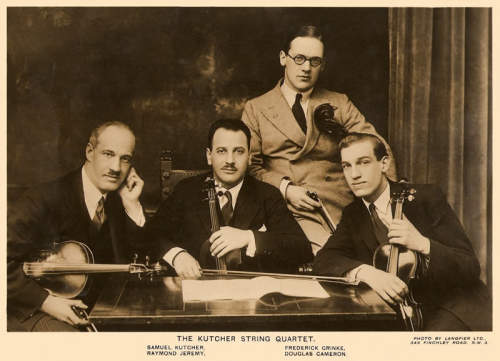 Grinke was also the longest serving and most distinguished leader of the Boyd Neel Orchestra. He took over as concert master in 1937 and remained in that role for 10 years. From the outset, the inexperienced but dedicated conductor Boyd Neel described the venture as a ‘communal effort’ to bring to a listening public a vast repertoire of music for strings which was at that time virtually unknown in the concert hall. Peter Pears, in his own tribute to this extraordinarily prolific and successful band of string players, described Neel’s real genius as attracting and keeping the right people: ‘They were a very good lot – Freddy Grinke, David Martin, Max Gilbert – all first class musicians, and devoted to him. They followed him like an eagle’. With this orchestra Grinke recorded solo parts in numerous works, including Bach’s ‘Brandenburg’ concertos and Handel’s concerti grossi, and I’ve been able to listen to his leadership of this band during my time as an Edison Fellow. Undoubtedly he brought to it an intensity of sound, and under his leadership it became one of the most distinctive small orchestras of the period. Vivacity, commitment and an emphasis on melody characterise so many of the orchestra’s recordings, such as the Abel Symphony in E flat recorded in 1940.

Zest, boldness, richness of sound are all features of the BNO under Grinke, playing either on his instrument by J. B. Rogerius of 1686, or on a 1718 Stradivarius loaned to him by the RAM.

During the Second World War Grinke was a member of the RAF Symphony Orchestra, playing alongside the members of the Griller Quartet, the Blechs and the Brains. David Martin, now Sgt Martin and married to Florence Hooton, was also a member. The orchestra toured the UK and played in National Gallery concerts. Grinke is seen below leaning on the piano. 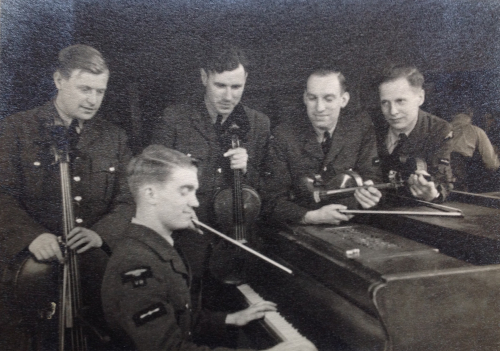 In 1947 the Boyd Neel Orchestra travelled to Australia and New Zealand. This eighteen-week tour was quite an undertaking. In 1947 the journey to Sydney by plane took 9 days, flying via San Francisco with a number of changes: Dublin-Shannon-Gander, Newfoundland-New York-Los Angeles-San Francisco-Honolulu-Canton Island-Fiji-Sydney. Advertisements for their tour appeared in newspapers in the autumn of 1946 and into 1947. There were concerts in many cities and the Australian Broadcasting Corporation broadcast a number of these, including the opening event. This took place in Sydney Town Hall. The great critic Neville Cardus was in the audience and wrote a long, highly appreciate article. Cardus was equally besotted with the subsequent concerts, very taken with the discipline, unity and vitality of the orchestra, and particularly drawn to Grinke, ‘who always plays like a man possessed’. Of the leader’s lively appearance as soloist in Bach’s E major concerto he wrote:  ‘even the passages of rapid figuration were made melodious…we were given a Bach of free and creative energy, abounding in ideas and emotions…Such playing as Mr. Grinke’s has seldom been heard here; and the orchestral texture into which the solo was consummately woven was without a flaw’ (Sydney Morning Herald, 24 April 1947, p. 6).

After his departure from the BNO, Grinke continued to work as a soloist and teacher. He had joined the staff at the RAM in 1939, and after considerable service to that institution was appointed Fellow there. In the early 1960s he also taught at the newly-formed Menuhin School. He coached the violins of the National Youth Orchestra and acted as judge at international competitions. He appeared many times as soloist at the Proms and was created a CBE in 1979. Grinke was not only an inspirational player and teacher, but also a family man. 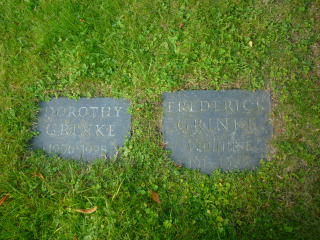 Next to his wife Dorothy, he is buried in the church of St Mary, Thornham Parva, Suffolk, not far from his little cottage, Frog’s Hall, in the tiny hamlet of Braiseworth. 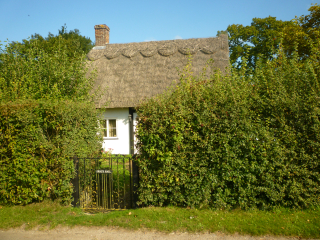 I’m looking forward in my writing to trying to do justice to this remarkable and much-loved musician.

Posted by Jonathan Summers at 3:11 PM