Tesco: An Oral History provides a historical overview of how a company which started from a barrow in the East End of London became one of the most dominant retailers in the world. Over 200 hours of oral history from the National Life Stories project are now available on British Library Sounds. 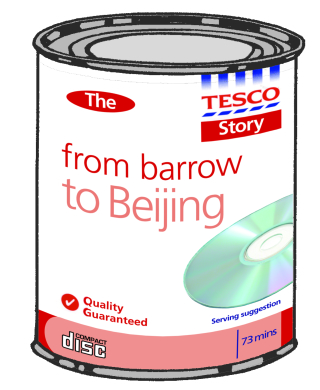 Front cover of The Tesco Story: From Barrow to Beijing CD, 2008 © Tesco plc

Thirty-nine in-depth interviews with employees from checkout to Chairman were collected between 2005 and 2007. In this first extract from the CD produced to celebrate the project in 2008, Shirley Porter remembers going to Petticoat Lane where her father Sir John Cohen (who was always known as Jack) had the stall that started it all.

These interviews are life-story recordings, covering all aspects of an individual’s life but with a focus on working life. The oldest interviewee was 82, the youngest 39; and some like Kevin Doherty had spent over forty years with Tesco.  The full 400 hours of recordings were archived with the British Library Sound Archive in 2007 and the archived recordings were used extensively in the book The Making of Tesco by Sarah Ryle. In this extract Mike Darnell remembers a tussle between Jack Cohen and Leslie Porter over a pair of underpants – which proved how well they were made!

Recordings were conducted by Niamh Dillon and Deborah Agulnik either at the interviewee's home, or often at their workplace. While several of those included were retired, the majority were still working and so had to manage the pressure of time against the interview process.  Each interviewee was selected collaboratively by National Life Stories staff and Tesco to cover the chronology of the company from its origins, and for their insights into particular developments. 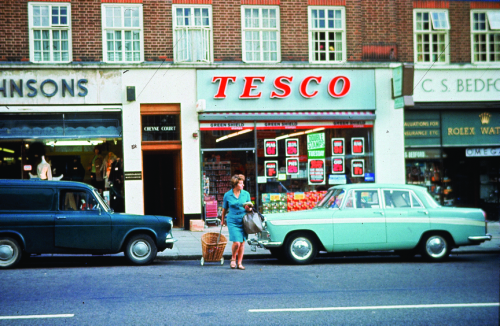 Special thanks must be given to each of the thirty-nine people who took part; often thinking it would take a few hours at most, only to find the tape recorder still running after 10 hours. In these extracts, David Malpas describes the changes in society which led to the growth of out-of-town stores, while Sir Terry Leahy explains the more recent shift towards the company stocking non-food ranges in these big stores.

This was a fascinating time to be recording a history of Tesco and we are fortunate to have had access to those who shaped that process.  Much has been written about Tesco, and many opinions expressed, particularly in the last twenty years, but this is the story told in the words of those who experienced it on the inside. These last two extracts show how Tesco worked at the store level. Lynda Walford remembers how she felt towards her manager when she started out as a cashier in Wales, while Joe Doody recounts how he became a manager thanks to some quick thinking and a very kind head cashier called Flo.

The extracts from the CD provide a quick introduction to the Tesco project and are now available in the Oral History Curator's Choice package while the full-length interviews can be found in the wider Food package. You can find out more about food oral histories more generally in our food industry collection guide.

Tesco: an Oral History forms part of the wider Food: From Source to Salespoint project, which charts the history of the food industry in Britain from the perspective of producers, manufacturers and retailers.  Over the last twenty years, this unique project has gathered life story recordings with people working at every level of the sector. Interviewees include those in the ready-meal, poultry, sugar, meat and fish sectors, employees of Northern Foods, Nestle, Unilever, Sainsbury and Safeway and key cookery writers and restaurateurs.