1987 seems like a long time ago. Margaret Thatcher was re-elected for a third term in government, Everton topped the first division of the football league and Whitney Houston’s ‘I Wanna Dance With Somebody’ became the first UK Number 1 available on CD format. In that year Paul Thompson and Asa Briggs launched the National Life Stories Collection.

From its modest beginnings National Life Stories has grown significantly and helped to create one of the largest oral history collections in the world – the British Library holds some 70,000 oral history recordings of which nearly 3,000 are long, in-depth biographical interviews created by National Life Stories. This year we celebrated our 30th birthday by highlighting in our annual review interviews from each of our main fieldwork projects, introduced by someone connected to that project. 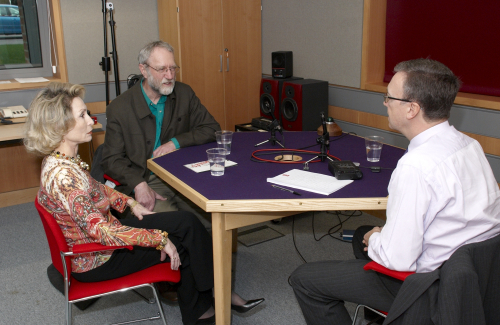 We’re using these articles as a jumping-off point for the newest National Life Stories venture, our podcast. Each pod will bring you a conversation between your hosts Charlie Morgan or David Govier and someone else associated with National Life Stories – from interviewers, to curators, to listening service staff, to technical staff who digitize and care for the analogue recordings. We’ll be using our new medium to surface great interview extracts and try to get to the bottom of what we think is special about the life story approach to oral history.

Our first episode takes us back to 1988 when National Life Stories was only a year old. Piper Alpha was an oil rig in the North Sea, north east of Aberdeen. It suffered a huge explosion on the 6th of July 1988 killing 167 people. National Life Stories worked with the University of Aberdeen on the oral history project Lives in the Oil Industry to document the oil industry. In the course of the project we interviewed survivors of the Piper Alpha disaster and other people who were affected by it. Mary Stewart, Oral History Curator, chatted to Dave about the project.