Recording of the week: Epic

According to one Urban Dictionary entry, the birth of ‘epic’ as a popular catchphrase has its origins among ‘avid gamers and pretentious English majors’. This fits with the WordBank contribution of one of our speakers (b.1991), who attributes it to ‘video gamer culture’ and his gaming friends.

Um, I think that ‘epic’ is a very interesting word that I constantly hear my friends use, because, it’s interesting because it’s, I feel it comes from like some kind of like video gamer culture, cause my friends are like ((bay kid)) gamers, I mean I’m not so much, but they always use the word ‘epic,’ ‘that was epic’, or like ‘epic fail’ and {cough} I just, where, what does it mean? I guess it’s kind of like…uh like ‘amazing’, like it just sort of emphasizes something. You know what I mean? Yeah. It’s like a lot of emphasis on something it’s epic, it’s not just s- -- you know ordinary, it’s epic. I don’t know, maybe it’s rooted from the actual word epic where you know, like, I don’t know the Odyssey? Who knows? Who knows. But yeah. Bye!

Like so many words whose meanings have evolved over time, epic is a common bugbear among prescriptivists – English language mavens who would rather the word were reserved only for Homer and Virgil. As alluded to by this speaker, epic hasn’t always been a trendy word for something like ‘really good’ or ‘extreme’; traditionally it’s a genre of lengthy heroic poetry. Scholars have pointed out, however, that even this definition is fairly fluid – the meaning of epic has changed over time to cover both oral and written forms, and extends to novels and even movies (Game of Thrones, anyone?). Language change is inevitable, after all; it seems this new epic is just the latest iteration. 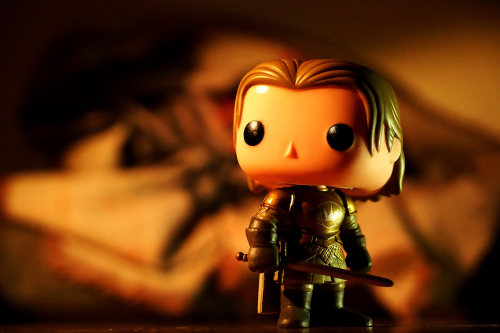 And we’d better get used to it: unfortunately for the pedants, a high level of objection usually correlates to a high level of usage. Judging from the number of internet rants against it, it’s clear that epic is here to stay!

Continue the conversation with us @VoicesofEnglish