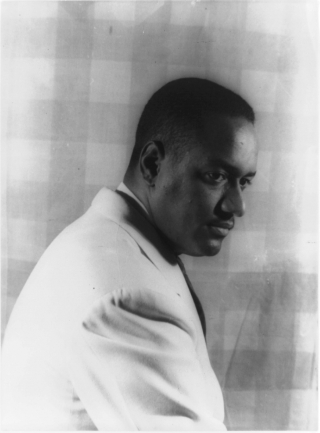 For Black History Month this year I have chosen to highlight the work of African American conductor Dean Dixon who was a familiar figure in the London concert halls of the 1960s.

Born in Harlem, New York in 1915 to West Indian parents, Dixon studied at the Julliard School of Music and graduated from Columbia University.  His professional debut was in 1937 at Town Hall, New York and in 1941 he was the first African American to guest conduct the New York Philharmonic receiving further engagements with other first rank American orchestras.  He founded the American Youth Orchestra in 1944 and became responsible for various university courses in music education while later in his career he was responsible for organising children’s concerts.  However, the 1940s was a difficult time for African Americans to succeed in the United States and many musicians went to Europe in the search for fulfilling work.  Dixon first went to Paris in 1949 then worked in Israel and Scandinavia.  During the 1950s he was director of the Gothenburg Symphony Orchestra and from 1961 to 1974 director of the Frankfurt Radio Symphony Orchestra during which time he was also director of the Sydney Symphony Orchestra.  During the 1970s Dixon returned to the United States to guest conduct many of the well known orchestras.

Dixon first appeared in London in May 1955 conducting an all-Beethoven concert with Eileen Joyce as soloist in the Piano Concerto No. 4.  He was often a guest conductor with the BBC Symphony Orchestra and when Rudolf Schwarz’s contract as director of the orchestra came to an end in 1962, Dixon was one of a team of conductors chosen to take his place in the forthcoming season.  He was in good company as some of the others included Colin Davis, Antal Dorati, Rudolf Kempe, Lorin Maazel, Jean Martinon and Igor Markevitch.  When Dixon conducted Mahler’s First Symphony in May 1963 the Times critic corrected his own ‘mental reservations’ when he wrote: ‘Mr Dixon is an American Negro conductor, and as such might be supposed to feel alien to the music by a Central European composer of the decadent “fin de siècle.” In the event, these mental reservations proved entirely unfounded, for Mr Dixon’s performance recaptured on the whole the spirit of the First Symphony most admirably.’

Dixon recorded for the Westminster label including an excellent disc of Liszt Symphonic Poems with the Royal Philharmonic Orchestra, Schubert Symphonies, the Dvorak Cello Concerto with Antonio Janigro and MacDowell Piano Concertos with his first of his three wives, Vivian Rivkin.  Recently, German label Audite has issued radio broadcasts of Dixon accompanying the great Rumanian pianist Clara Haskil and a performance of Beethoven’s Symphony No. 9 from 1962.  With the Prague Symphony orchestra he recorded a disc of Weber Symphonies for Supraphon.

Dixon championed American music making recordings for the Desto label, and the British Library holds a rare recording of excerpts from the American Music Festival of 1948 with Dixon conducting the premiere of the Viola Concerto by Quincy Porter with Paul Doktor as soloist.

Dixon also broadcast rare repertoire for the BBC including the Second Symphony by Humphrey Searle.  When he accompanied Greek pianist Gina Bachauer in Beethoven’s Piano Concerto No. 3 at the Fairfield Hall in Croydon one critic wrote, ‘…the highlight of Beethoven’s third piano concerto was the rapport between the soloist (Miss Gina Bachauer) and orchestra in the Largo.’  Here is the opening tutti of the concerto demonstrating Dixon’s attention to detail with crisp wind playing and fine moulding of phrases.

Posted by Jonathan Summers at 3:08 PM