James Gowan on the Engineering Building at the University of Leicester

"The building committee we were dealing with wanted to make a statement, and indicate their presence, and make a splash, and I think that was probably successful" - James Gowan 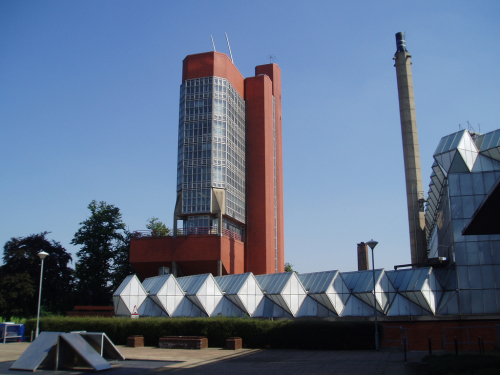 The Engineering Building, Leicester University by Steve Cadman at Flickr

The Leicester building did involve a lot of drawings but not as many as one would expect because most of the time we were sorting out options rather than doing working drawings.  Because we were in the dark really, we didn’t have a model to work to, not like a Corbusian model, we were shaping the thing up from scratch.  So we were trying out various types of roofs, various arrangements for the front, and that was done at a smaller scale.  … One of the things that fixed the building was that, the fact the hydraulic tank had to be 60 feet up in the air to get the pressure ….and we had a lot of pressure from the building committee to have a tower facing Victoria Park and having a presence that could be seen by the wider public. ….The building committee we were dealing with wanted to make a statement, and indicate their presence, and make a splash, and I think that was probably successful. 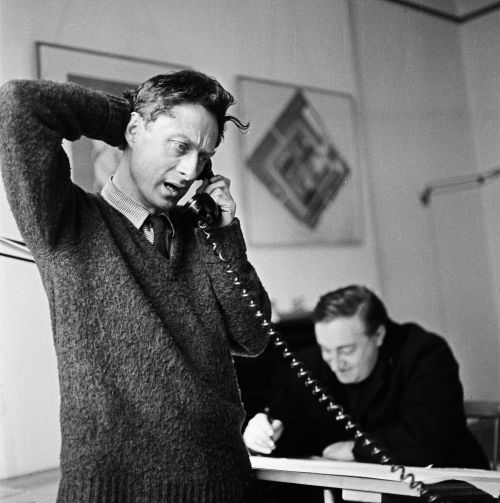 The building proved ground-breaking in its form, construction and use of materials and aroused huge interest nationally and internationally with many younger architects recalling site visits while under construction.  However, it was the last project Stirling and Gowan worked on together.  Subsequently, James Gowan focused on housing for both private clients and for the public sector and James Stirling became known for large scale urban projects such as the Staatsgalerie in Stuttgart, the Clore Gallery at Tate Britain and No. 1 Poultry in the City of London.