Dr Tom Lean, Project Interviewer on An Oral History of the Electricity Supply Industry, chatted to David Govier for our second National Life Stories podcast. Tom takes us back to 1950s Lancashire when Granville Camsey (born 1936, shelfmark C1495/09) was about to become a power station apprentice. 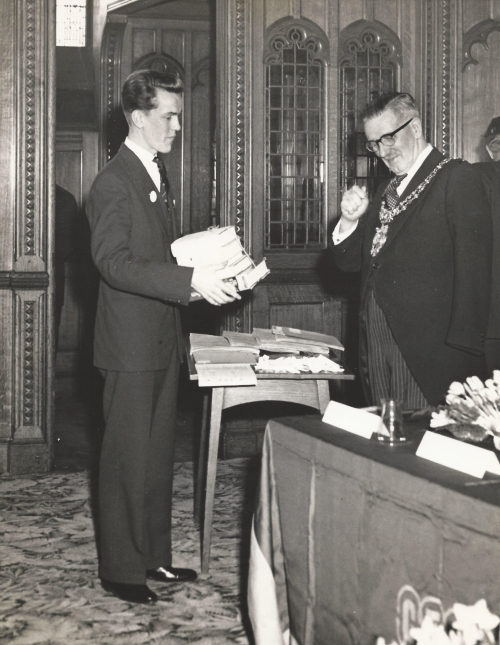 Granville Camsey collecting the prize for student apprentice of the year from the Lord Mayor of Manchester, 1958

Granville eventually became a senior manager at the Central Electricity Generating Board (CEGB) in the 1980s and a Director of National Power in the 1990s, but in 1952 he was a craft apprentice from a working class family:

Listen to the podcast to find out how Granville's career (and fashion sense) developed from his early years in overalls to managing power stations in the age of privatisation. Along the way, Tom explains what the oral history project set out to do, how he recruited his interviewees (by rolling eighty-year-olds down a mountain, seeing as you wondered), and what happens when the interviews are finished (he puts them next to the magna carta, apparently).

You can hear Tom and Granville, among many others, speak about An Oral History of Electricity Supply Industry at ‘The Life Electric’, a British Library event on Thursday 19 October. Book your tickets now!