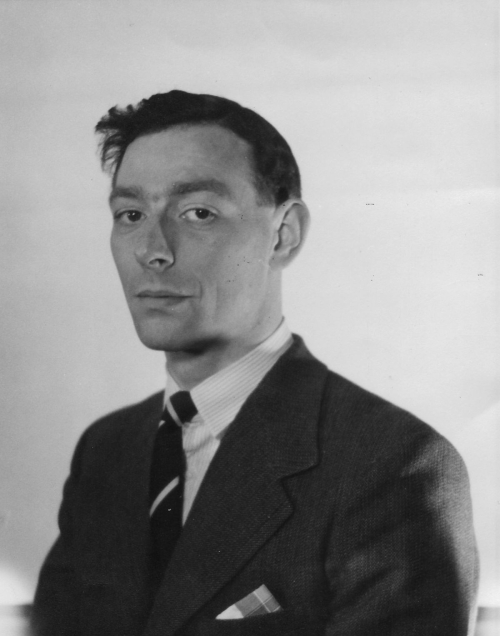 Geoff Tootill was the very last survivor of the team which designed and built the world's first modern computer - the 1948 “Manchester Baby.” In 2009 he was also my very first interviewee for an Oral History of British Science, and over 18 hours of answering my novice questions with patience and dry humour, he influenced the way I've approached interviewing scientists ever since.

I'd never really thought before about just how far back into the past we can reach with oral history interviews. Yet there I was in 2009, talking to somebody about their experiences back in the 1940s. Decades years before I was born, Geoff was an electronics engineer doing secret wartime work on airborne radar at the secret Telecommunications Research Establishment (TRE) at Malvern.

I was impressed at Geoff's ability to recall the technical details of his work and the sophistication of the radar systems he and his colleagues developed with the primitive electronics of the day. Yet it wasn't all high pressure secret work - as a member of the TRE's Flying Rockets Concert Party, Geoff also built the electric systems for stage shows, and I realised that scientist's social lives often have an element of the technical about them.

With the war over, Geoff went to the University of Manchester to help former TRE colleagues Tom Kilburn and Freddy Williams build the world's first stored program computer. The Manchester Small Scale Experimental Machine, better known today as the “Manchester Baby,” weighed a ton and was far from small. However, its fundamental architecture is still at work in the computer, tablet or smartphone you're reading this on. 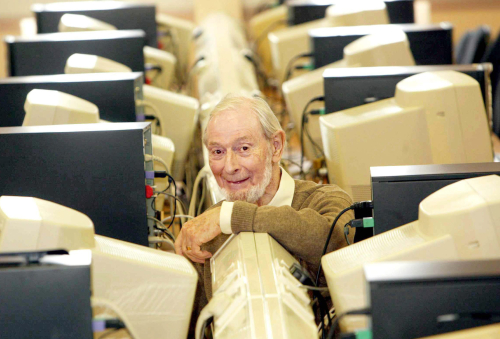 Geoff Tootill, 2005 (reproduced by permission of the Manchester Evening News and Oldham Advertiser)

I spent hours talking to Geoff about building Baby, and the thing that has stuck with me most is how modestly understated he was about his involvement with this world changing development. It helped me realise that historic moments often only look that way with the benefit of hindsight. In the 1940s Geoff and his colleagues had little idea that computers would change the world, anticipating their major uses would be for weather forecasting and atomic energy calculations. The process of actually building the machine was a long process of iterative technical work before one day in early summer 1948 they, “saw the thing had done a computation.”

An Oral History of British Science is a national collection of interviews with over 100 leading UK scientists and engineers, telling the stories of some of the most remarkable scientific and engineering discoveries of the past century as well as the personal stories of each individual. You can find out about interviewees and listen to extracts at Voices of Science and you can listen to full-length interviews at British Library Sounds.

National Life Stories is the UK's leading oral history fieldwork charity, based at the British library.