Recording of the week: Ancient Evenings

It is now 10 years since the death of Norman Mailer, one of the best-known and most widely read US authors of the post-war period. This week's recording features Mailer in discussion with Melvyn Bragg at the ICA. London, in 1983. Mailer's epic novel of ancient Egypt, Ancient Evenings, had been published just a few days previously. Mailer discourses on the 'class system' of Ancient Egypt, among related subjects. It didn't pay to be poor in those days either, apparently. 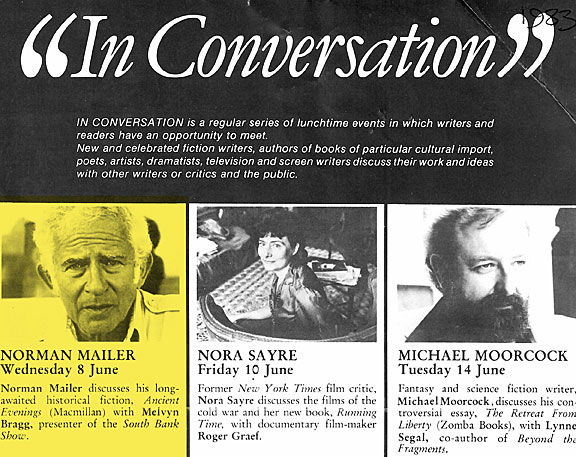 This recording comes from a substantial collection of talks and discussions held at the Institute of Contemporary Arts in London between 1982-1993.