Recording of the week: whistling Wigeon

Right about now, hundreds of thousands of birds will be en route to the UK, returning to wintering grounds that have provided their populations with food and shelter for millennia. The Wigeon is just one of the birds that will be making this journey. This medium-sized duck usually congregates around the British coastline but, despite the large numbers, you’re more likely to hear Wigeon before you see them. Males announce their presence with an excitable, high-pitched whistle which, teamed with their pretty plumage, helps bring some cheer to the most desolate winter landscape. 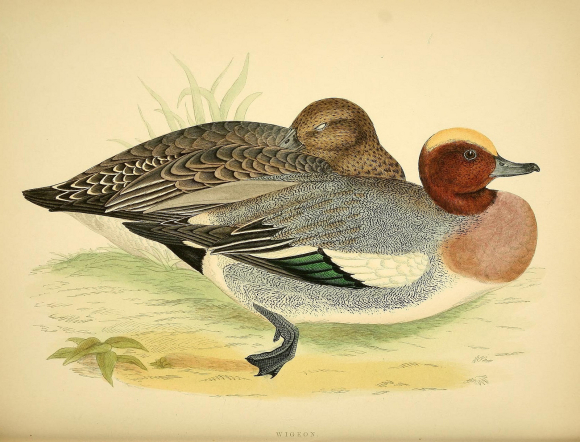 Male and female Wigeon taken from British Gamebirds and Wildfowl, 1855 (courtesy of the Biodiversity Heritage Library)

Many more wildlife recordings can be found in the Environment and Nature section of British Library Sounds.