What happens when roles are reversed? When a doctor is the patient, when a chef gets served dinner, when an oral historian is the one who gets asked all the questions? Well that’s exactly what you get (minus the doctor and the chef) in one of our newest online collections, an Oral History of Oral History.

An Oral History of Oral History is a collection of life story interviews with the pioneers and leaders of oral history in the UK. The interviews were mostly conducted by Robert Wilkinson and cover the technological, organisational and methodological changes within the discipline since the 1950s. If you've ever had an interest in oral history but haven't really understood what it is or who the people are who practice it, this is the collection for you. 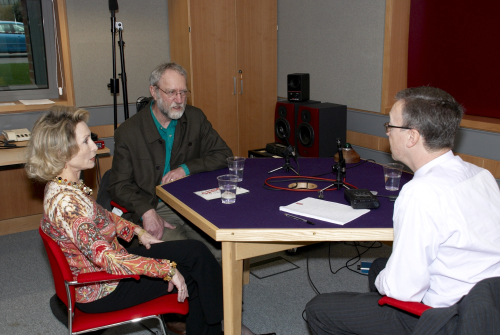 Although everyone in the collection is well-established in their field, the benefit of the life story approach is that the interviews include everything from childhood to hobbies and not just career highlights. With that in mind, for this blog I went back to the start and tried to find out where it all began, how each person got involved with oral history in the first place.

For many of the early practitioners, especially those with connections to the History Workshop movement or Ruskin College Oxford, there was a political dimension to oral history. In his interview, Alun Howkins describes how he initially went to Ruskin to study economics but on the advice of Raphael Samuel he switched to history. It was then that he began to interview poachers in Headington Quarry near to his home town Bicester. For Alun the entire goal of History Workshop had been “to give back the history of the poor to the poor” and with that in mind “it seemed perfectly logical that the way to do that was a tape recorder”.

While for some there was an explicitly political impetus to oral history, for others it has been driven by much more practical purposes. Cynthia Brown first encountered oral history when she was completing her undergraduate dissertation and was looking for additional information on local funeral directors. She needed evidence, had exhausted the documentary sources and so, “which is so often the case with oral history”, decided an interview was the best way to get it.

Elizabeth Roberts is another oral historian who came to oral history more by chance than pre-planning, and she was initially very sceptical of the whole thing. After being instructed by John Marshall at the University of Lancaster to conduct some interviews, Elizabeth describes how she was “absolutely appalled” at the idea and “couldn’t think how on earth this was going to be valuable”. Luckily for us she gave it a go anyway.

As we’ve seen, many people first got involved with oral history on the recommendation of someone else in the field. For Alun Howkins it was Raphael Samuel, for Elizabeth Roberts it was John Marshall, and for Brian Harrison it was Paul Thompson. According to Brian, Paul and Thea Thompson “went around with their machines and made converts” and in him they definitely found one.

One great strength of the Oral History of Oral History project is that it covers multiple generations. So not only can we listen to Brian Harrison describe the influence Paul Thompson had on him, but we also get to hear from Paul himself. Paul's interview is especially valuable as it fills in a lot of the gaps. For example, many of the interviewees in this collection talk about conducting interviews long before they had heard of the term 'oral history' but Paul is able to tell us where it came from. We also get to hear a very un-catchy alternative term that was thankfully left behind.

These interviews and stories featured here are just a small selection of those in an Oral History of Oral History. There are many others in the collection, plus the original recordings of another pioneer of oral history, George Ewart Evans, but of course there are also many stories of being introduced to oral history that have never even been recorded. So if you’re an oral historian or if you work with oral history why not tweet us at @BL_OralHistory and let us know how you first got involved.