The British Library has one of the largest sound archives in the world. Visitors to our free exhibition Listen: 140 Years of Recorded Sound can explore the sound archive via specially constructed listening booths, each containing a menu of 100 sounds designed to illustrate the the breadth and depth of the collection.

We have also included on display some of the more visually appealing sound carriers in the collection, among them a selection of historical and modern picture discs.

Of course, there was not room for everything we wanted to include. We have on show what is thought to be the first 'modern' picture disc, from 1970, Curved Air's debut album 'Air Conditioning'. Sadly though, we couldn't quite find room for Saturnalia's 'Magical Love' LP, from 1973.

'Magical Love' distinguished itself visually by being not just a picture disc, but a picture disc with '3-D' holographic labels (see image above). Although the issuing label, Matrix Records, was based in London, the disc itself was manufactured by Metronome in Germany.

It featured vivid imagery drawn from the world of cosmology, with the band members each posing semi-naked behind a fiery crucible on one side, and 12 rather fierce-looking papier-mâché masks representing cosmological archetypes on the other. The pictures were all taken by Peter Hudson, with the exception of the picture of lead singer Aletta which was taken by Mark R. F. Hanau, who also designed the 3-D labels. 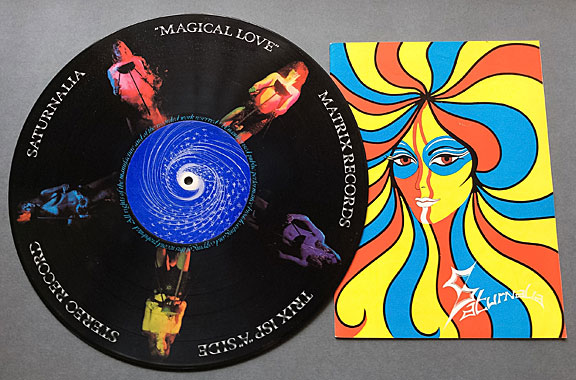 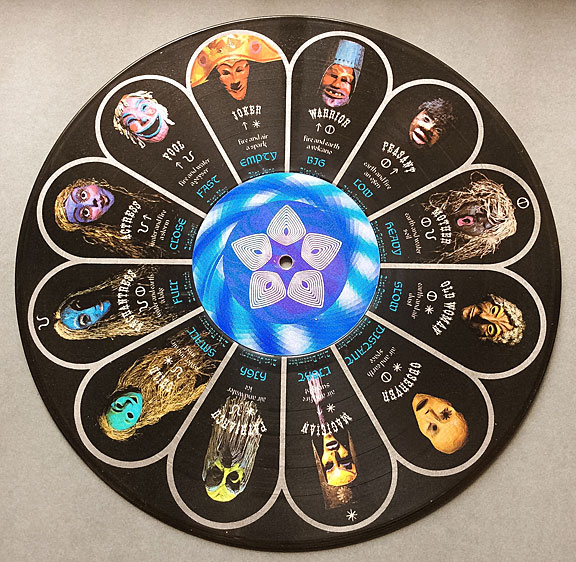 Spectacularly colourful and attractive as all this was, it didn't do the band's career a lot of good. Unfortunately, the picture disc technology of the time undermined the sound quality of the record, and it was not a commercial success.

It has been 55 years since the commissioning of Atlas at the University of Manchester in 1962, one of the world's very first supercomputers. Developed largely by the University of Manchester and Ferranti, the enormous machine was probably the second most powerful computer at the time and pioneered a number of innovations in hardware and software. Capable of processing about a million instructions a second and with over 670 kilobytes of memory, Atlas had as much computing power as several smaller machines, albeit far less than the simplest desktop machine today. It was said that when Atlas went offline, Britain lost half its computing power. Yet despite this awesome potential, only three Atlas computers were ever built. As Atlas's lead hardware designer Professor David Edwards recalled for An Oral History Of British Science, it was rather difficult convincing the sceptics that Britain even needed a machine that was so powerful:

We only need one computer for the country_Dai Edwards (C1379/11) 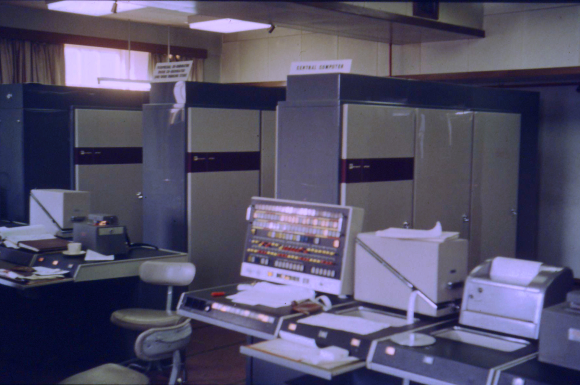 The Atlas computer at the University of Manchester, 1963 (Iain MacCallum)

Visit the library's Voices of Science web resource to explore 100 life stories about environmental science, British technology and engineering from 1940 to the present.