Recording of the week: Benno's Emperor

The last Classical Recording of the Week was of George Szell conducting Haydn. Here he is again fifteen years earlier in 1938 during his time as conductor of the Scottish Orchestra (1936-1939) just before he left for the United States. He conducts the London Philharmonic Orchestra for soloist Benno Moiseiwitsch in Beethoven's immortal Piano Concerto No. 5, the Emperor Concerto. The music of a genius performed by one of the greatest pianists of the twentieth century. Conductor and soloist are in total accord in the magisterial first movement; Szell shapes the poetic slow movement to perfection (beginning at 20'32") while both have fun in the rollicking third movement (beginning at 28'42").

Concerto for Piano and Orchestra no. 5 op. 73 E flat (Emperor) 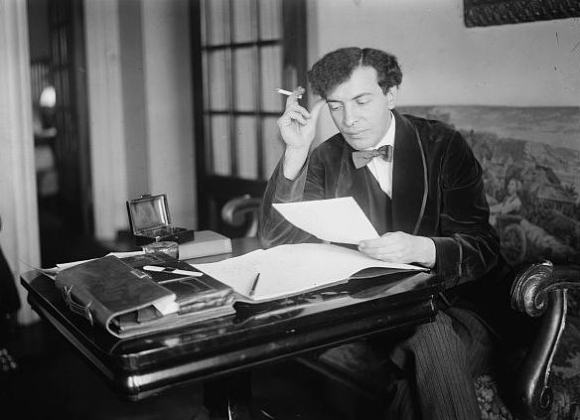